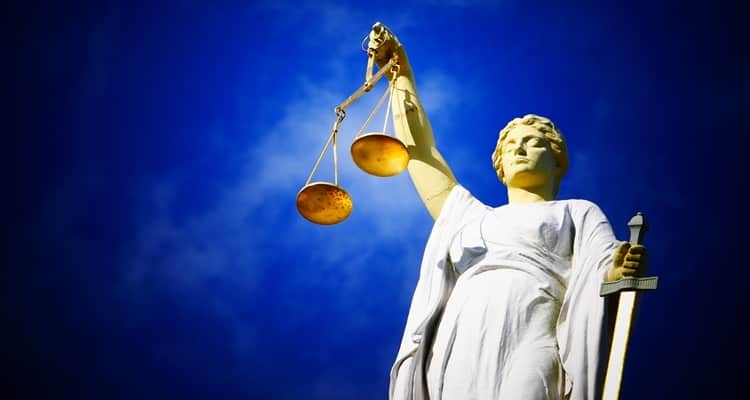 There is objective truth and it doesn’t change. Three things have intersected to prompt this post:

Many are weary of the 24 hour news cycle and have turned it off – literally. So if that’s you, here’s the current situation in a nutshell. Judge Kavanaugh has been nominated by the President to fill the vacant seat on the Supreme Court. The Senate scheduled votes on that nomination for this week. And just last week a woman made an accusation of misconduct against Judge Kavanaugh. That set off all kinds of debate, finger pointing, and name calling. Lines were drawn and the political divide in our society deepened a little more (if that’s possible). So what lesson of truth do these events teach us?

God’s call to His people has always been for them to live according to a higher standard than the world around them. Here are a few proofs of the statement:

Seeing our own society as a poor model is not easy. But God’s Word isn’t directed at various societies. It is pointed squarely at those who call Him Lord and say they are His redeemed children. People so described are to live differently than those around them – in whatever society or culture they find themselves.

God is good. He can be nothing less than good. So His Word to His people is good. But fallen, finite followers don’t always see the value in the Word that has been given. And you guessed it! His Word addresses the same kind of situation we see going on around Judge Kavanaugh. It doesn’t take much to prove that statement:

God’s commands protect His people from the fallen nature of Man. A command not to bear false witness assumes we will be tempted to do that very thing. And in matters of law God’s instruction is for matters to be resolved with more than one witness. Again, that’s a protection against any false allegation and it makes common sense. But the I Timothy reference is our point of application.

Jesus called the citizens of His Kingdom salt and light (see Sermon on the Mount). We are to impact those around us for good. Their ways are not to be our ways. But the Church has a long history of looking at culture and bringing its ways in the front door.

Look at the circumstances around Judge Kavanaugh. There is a single accuser. It’s a he-said-she-said situation concerning proposed events over 30 years ago. Nobody can come out ahead in that situation. Now, let’s move that scene away from Judge Kavanaugh and apply it to your pastor. That’s why Paul gave his instruction to Timothy about multiple witnesses.
It would be great if we could apply this Biblical principle to all matters in the current cultural divide. What we can do is learn not to bring the ways of men into the Church. I know ministers who have been harmed because the Church listened to the accusations of a single malcontent. That same situation has harmed me. And how often must we see the same error in order to learn from it? What our Father tells us is always for our good!

But I leave you with another word from Jeremiah. It impacted me greatly in my study time. What does it look like if God’s people continue to learn the ways of others? What if God’s people don’t want to listen? Do you see parallels between the end of Jeremiah 5 and our own culture?

An appalling and horrible thing has happened in the land: The prophets prophesy falsely, and the priests rule on their own authority;  and My people love it so! But what will you do at the end of it?
Could it be that things in D.C. are as they are because Salt and Light has failed their intended purpose. Think about it!