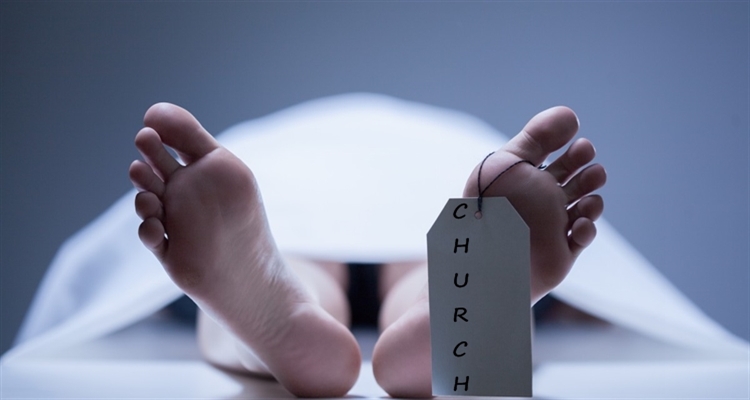 This is best done under the Life Lessons series of posts! A friend sent me an email. It contained the following ‘report.’ I am always a fan of creative efforts. But I am not sure I would have had creative thoughts about a post-mortem report. This one may make you smile a time or two, but it may also make you wince a time or two. It’s short, and when you have seen it all you’ll know why I thought it was a good Life Lessons post! And I’ll tell you up front, I added a little creativity of my own.

Life Lessons: Who Killed the Church?

What we might be see in the OBITUARY COLUMN???

A post-mortem report reveals many things. It is done to determine the cause of one’s death. For the Church, there are a number of factors indicated. The following has been observed:

There are no relatives to mourn the passing of this grand lady known as the Church. It seems she viewed her sister churches as competitors rather than companions in faith.

Funeral arrangements are incomplete. The funeral home is searching for someone to conduct the service. All of her former pastors are dead. They were taken from her by over-exertion, exhaustion, false ideas about leadership, and constant efforts to revive her. She refused all prescriptions for repentance, revival, missionary engagement and practice of stewardship.

PS – If I knew who provided the foundation of this piece I’d share it. But know I enjoyed the read and adding a few observations of my own to this Life Lessons post-mortem! 🙂

PSS – Just received an email update. According to the email note, the original document was written in the 1940’s by Pastor R. Von King.