Spiritual Breakthrough – Learn From A Stick

Have you ever asked God to give you a spiritual victory? Did you also ask Him to give you something in order to win that victory? Most of us, maybe all of us, have done that. When did the Lord answer that kind prayer for His children? I’m not saying He hasn’t done that very thing or wouldn’t do it that way. However, Scripture shows us again and again that God often does the miraculous with things His servants already have.

Question: What have you got? 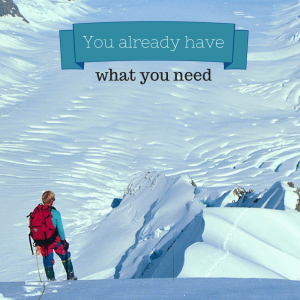 Gideon had too much for his mission. The account of Gideon’s life is found in Judges 6-8. In order for Gideon to accomplish a great work for God, several thousand troops were taken away from him. But God won the battle with the remaining troops – something Gideon already had!

I’m sure you remember the woman with just a little oil and a little flour. Her mission was survival. God multiplied what she had and it lasted until the great famine was over. Then there was the woman with just a little oil. She was told to gather all the jars and vessels she could and pour the little oil she had until all the jars were filled. In each case, God used what these people had. He didn’t give them something else. God did the miraculous with things they already possessed. 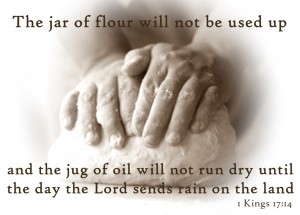 The Apostle Paul already had the best education a Jewish person could get. It was worthless until God saved him and used Paul to write much of the New Testament. And who could forget that boy with loaves and fishes. Jesus took what the boy already had and fed 5,000 men plus the women and children who were present. Peter didn’t have silver or gold, but he gave what he had and a lame man walked!

Mission: As Taught By A Stick 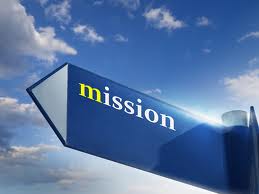 What did Moses take with him when he worshiped the Lord on Mt. Sinai? His shepherd’s staff – a stick. What did Moses do with that stick? Anything the Lord told him to do with it! At the Red Sea, he stretched it out (Exodus 14). And your ‘stick’ needs to be stretched out time. You can stretch it out and be a mission volunteer making a difference in the lives of others. Some of you have the means to go but health won’t permit travel. You can stretch out the means and help someone else be on the mission field.

Your mission may be to stretch your stick out in your local church, your home, or your workplace. Maybe you need to stop asking God to give you something for a spiritual breakthrough and stretch out what you already have. It will amaze you how He can use that little bit to do so much!