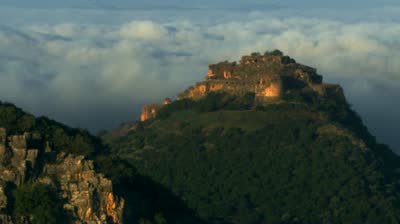 A Lesson by the Master Communicator

Is that me? No. But the story and the principles for communicating it are amazing! You are aware of a famous message given by the Master Communicator. How that message was communicated is almost as instructive as the message itself.

A Communicator Knows the Audience

We’ve all had to listen to that person that seems to love the sound of thier own voice. They don’t tell us much, but they do make noise. The Master Communicator spoke to a very small audience. It was just twelve men. But He knew them well. It may seem a little unfair to observe this principle since you’ve already figured out Jesus is the Communicator. But it’s still good. Knowledge of your audience should shape how your message is communicated.

A Communicator Uses More Than Words

Jesus took twelve guys on a hike. In fact, it was more than a few miles! Mathew 16 says Jesus went up to Caesarea Philippi. Did you think geography was a boring subject? Jesus used it in an amazing fashion!
Philip was the Roman tetrach and son of Herod. Ceasarea Philippi was the result of renaming a little town called Paneas. It was Philip’s attempt to honor Caesar as well as himself. The town had been the center of pagan worship, namely of the god Pan.

We think of communication as revealing deep or new ideas and concepts. To really communicate something new, one must know the past. That hike they took was a journey through Jewish history. Here’s where they went:

All these factors were used by Jesus to communicate to His disciples something new was coming.

A Communicator Uses a Visual 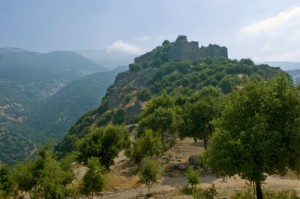 On the mountaintop above Caesarea Philippi was Philip’s fortress. It was imposing and almost impregnable. The mountainside was rock cliffs. It seems reasonable to believe he wanted an imposing fortress like Herod’s Masada. Wherever Jesus and His audience stopped to chat, they could very likely see Philip’s fortress.

Jesus went to a place littered with the temples of the Syrian gods, a place where the Greek gods looked down, a place where the most important river in Judaism bubbled up, a place where the white marbled splendor of Caesar-worship dominated the landscape. Here, of all places, was where Jesus turned His back on the Jewish nation and signaled an open door for all Gentiles (that’s you and me!).

A Communicator Delivers With Force

Did I forget to share Jesus’ message? No. As much as possible, I wanted you to “experience” the message as His disciples did. Peter made an incredible confession:

You are the Christ, the Son of the Living God

Catch it! He’s the Living God as opposed to the gods of the area. Peter stated the Truth. Noting the unassailable nature of that Truth, the Master Communicator delivered His message:

Upon this rock, I will build My church and the gates of hell will not prevail against it!

P.S. – The site of Philip’s fortress was used and fortified by the Crusaders. They opted for its Biblical name: Nimrod’s Fortress. That is most fitting. Nimrod literally means, let’s rebel. He founded Babylon. And all through Scripture Babylon is the literal or figurative seat of opposition to the Living God. The gates of hell will not prevail…now that’s communication!