Seeing: With Blindness To Spare 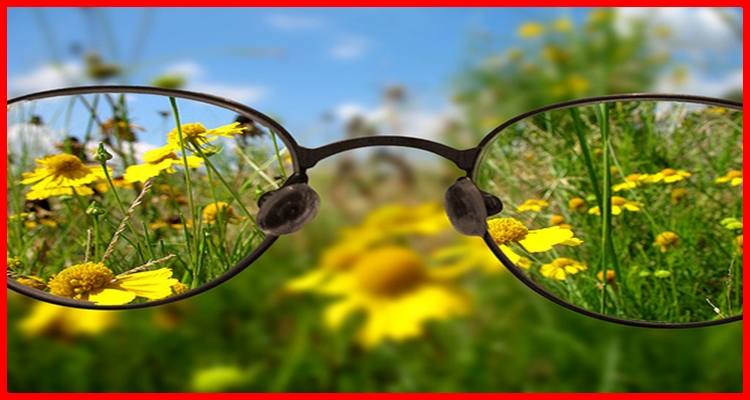 Seeing: With Spiritual Blindness To Spare

When was the last time you were in a situation or discussion when it seemed everyone was blind to something obvious? That’s not an everyday event, but it does happen. And one of my favorite Biblical accounts is just such a time. And that is our next stop in this series on Healthy Blindness: Seeing Clearly. 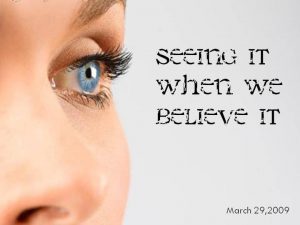 Faith: Seeing what we believe

In the previous post we briefly examined the blindness exhibited by Isaiah. This post will focus on what could well be called the Blindness Chapter. Never heard of that one? It’s usually called John 9! It shows us one man among many who could see clearly. But he had been blind since he was born. This study in contrasts just drips with ironic humor. And it is very instructive for those with eyes to see. So let’s learn from the cast of blind characters.
First, we see Jesus’ disciples. The question they ask should open our eyes. Why? They thought their eyes were open to truth but they were wrong. Notice the presupposition in their question:

And His disciples asked Him, ‘Rabbi, who sinned, this man or his parents, that he would be born blind?’

See it? They supposed upon their own limited knowledge. In their way of thinking it had to be one or the other. There was no other option. But Jesus’ answer showed their reliance on human wisdom. And human wisdom often suffers from spiritual blindness. Here is what they learned from Jesus:

Jesus answered, ‘It was neither that this man sinned, nor his parents; but it was so that the works of God might be displayed in him.’

So there was a third option and the disciples were blind to it. We should learn from that question, the ‘certainties’ behind it, and the answer. Even difficult circumstance can be used to give God glory. That should make us careful in asking the Father to remove us from difficulties! Oh! Been blind to that possibility?

Spiritual Blindness: Those Who See & Lead

Jesus healed the blind man. And then the firestorm began. The religious leaders took exception to Jesus’ miracle. Their physical eyes were functional. But their hearts were blinded by: 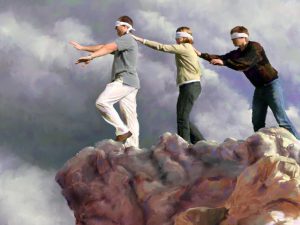 Think about that. Would you be happy if a person who had never seen the blue sky was suddenly given the ability to do so? Religious leaders couldn’t celebrate because Jesus violated their tradition. He did not violate God’s Sabbath laws. However, He did violate the way these people taught others to observe the Sabbath. They could see nothing except that violation. And this made these leaders like the disciples who thought they knew how things should be. Since Jesus had violated their rules He could not possibly be even a good person, much less the Messiah. And that made them blind to the truth of Jesus’ identity and mission. So they were truly the blind leading the blind!

What happens if your family is blind to truth? That answer is in this amazing Blindness Chapter.
The religious leaders were intent on correcting anyone who violated their rules. They had no success with the used-to-be blind man. But they were tenacious. They brought in the man’s parents. And these people suffered from fear-induced blindness. The parents refused to take up for their adult son. And his age seems to be the out they were looking for. Notice their answer:

Ask him; he is of age, he will speak for himself.

They had reason to fear the synagogue leaders. But there was even more reason to stand up for the truth. And that’s a lesson we all need to see! 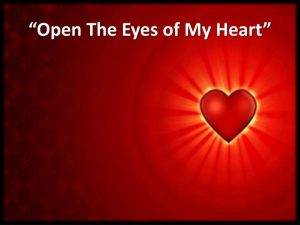 The big take-away from this is the 20/20 sight of the man born blind. He gained physical sight and by the end of this account he had gained spiritual sight. He stood up to the religious establishment with simple truth. Holding on to truth helped him endure being abandoned by his family. And embracing the truth of Who Jesus was and is allowed him to move from death into life. And that lesson is one you have probably learned. But here is the question: Are you sharing it?