Prayer: Passion for His Purpose 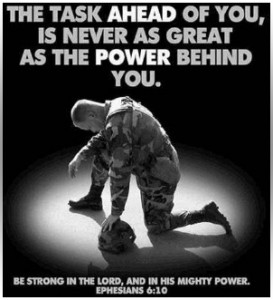 What is your purpose in prayer? Should it always be one thing? Might it be multiple things? In Prayer: Practicing His Presence we took a look at the Lord’s Prayer. That post was taken largely from a study guide for the EquipUs Pastor Training School. So is this one!

Once we know to Whom we come when we pray, we need to be aware of the posture of our hearts before God. Jesus addresses this as He teaches us to pray to the LORD, Your kingdom come, Your will be done on earth as it is in heaven. These words focus our attention on the purpose of prayer.

It’s About The Kingdom!

The phrase kingdom of God was used by Jesus many times throughout the Gospels. It was the subject of many of His parables. If we are going to effectively pray for the Lord’s Kingdom to come, it’s important for us to understand what it is. The kingdom of God can be understood in a three-fold way which integrates eternity past, eternity present, and eternity future.

First, the kingdom of God refers to God’s sovereign reign over all His creation even before that creation existed. Such a truth reminds us that God alone is self-sufficient and all else that exists in all creation is totally dependent upon Him for its being (see John 1; Colossians 1:16-20).

Second, the kingdom of God refers to God’s sovereign reign within the hearts of those who humble themselves before Him and surrender their lives to Him. He has given us the freedom to accept or to reject His sovereign reign in our lives.

Third, the kingdom of God refers to the consummation of history as we know it when God’s kingdom will be both imminently and transcendently personally experienced by all those who love and serve Him. 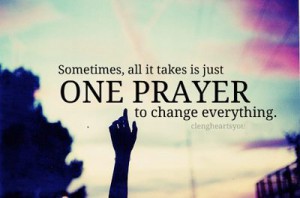 So it is that we pray for our Father’s sovereign reign to fill all of the earth and our own lives. A prayer for His Kingdom to come is submitting my heart to His sovereign reign. A heart with that purpose can be used to accomplish His purposes! Prayer really is all about seeking Him and changing me. Think about it!