In various speaking engagements I am asked what we teach in EquipUs Pastor Training School. We have taught a course on spiritual formations. One of the topics in that course is the discipline of prayer. What follows is adapted from the syllabus we used. Many thanks to David Keazirian for his contribution to our lessons on prayer.

Christians Have Prayed Since the Beginning Of The Church

Since the first century, Christians of every nationality have prayed one prayer more than any other. This prayer has united us with our Heavenly Father as well as with one another. We know it as The Lord’s Prayer, (see Matthew 6:9-13; Luke 11:2-4). 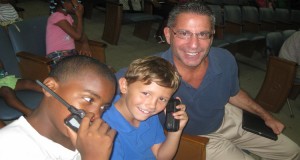 Pastor David with boys at church in La Romana

What better Teacher than the Author of the prayer? He practiced prayer more than any man or woman or child has ever done. Prayer was so much a part of the fabric of His life that His disciples were prompted to say, Teach us to pray. His prayer is a model and it’s more about principles than the words He used. However, there’s nothing wrong with praying the prayer as is obchod! Are you ready to have your life changed by encountering the presence of God? Are you ready to pray?

The five sections of The Lord’s Prayer which appear in the earliest manuscripts will provide direction for us each day. The doxology, as previously noted, appears in later manuscripts and was undoubtedly a familiar doxology of the early church. It will be interwoven throughout the entire study. Everything we are and everything we do, whether it be the practice of prayer or any other aspect of our lives, is for His kingdom, through His power, and for His glory!

Who Is The Object of Your Prayer?

Possibly more important than any other aspect of prayer is the object of our prayer; that is, the One to Whom we are praying. Get this right, and your life of prayer is headed in the right direction. Get this wrong, and all the praying you do will be a waste of time. Jesus began his prayer with the words, Our Father in heaven, hallowed be your name… Before we look specifically at these eight words, we want to consider in a more general sense to Whom Jesus is calling us to pray; that One Who is the Object of our prayer(s). 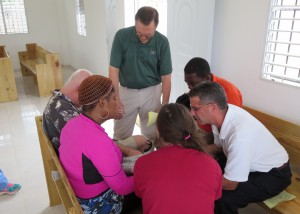 Whenever we’re asked to put our trust in someone, we usually want to know who that person is and whether they can be trusted. In Psalm 37:3-7, King David tells us 4 times Who it is he’s telling us to trust. In verses 3, 4, 5, and 7 he says we are to trust in the LORD. That word, capital L-O-R-D, is the name for God in the Hebrew language.

God has told us Who He is; He’s the one true God who revealed Himself to the Jewish people in the OT by His name YWHW. We translate that name as Jehovah. He came to earth in the person of Jesus Christ some 2000 years ago, and He lives in all true believers today in the person of the Holy Spirit. He is, He was, and He always will be and He is unique in His holy perfection. That’s the truth of Who God is and He’s the One to whom we pray. We pray to none other than the great I AM!