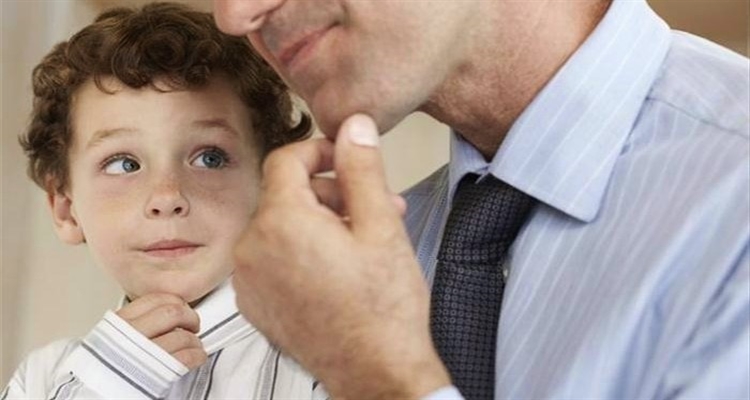 The previous Mastering Manhood post began a case study. The study is about a negative example: Eli, judge of Israel. All of us have differing roles in life. That was true of Eli. His first role we will examine is that of Priest. As we do, don’t be too hard on Eli. You will discover that it is far too easy to see ourselves in his shoes! And that’s the point. From negative examples we learn things to avoid.

Mastering Manhood: What Your Hands Find To Do

This instruction from Ecclesiastes was in the previous post. It seems Eli did not have this attitude. His roles as a priest and a parent would have been well served by adopting this attitude from Scripture.
We see spiritual incompetence in Eli. He was willing to do a sloppy job as Israel’s (God’s) High Priest. This is evident even in the incident that introduces us to Eli. 1 Samuel 1 is really about Hannah. It’s almost a passing matter that we learn who Eli is.
The time of Israel’s judges is about to end. Young Samuel will grow to annoint Saul as Israel’s first King. In Eli’s day, the Tabernacle was permanently located at Shiloh. It is referred to in verse 9 as the Temple and that is the first time Scripture uses that term. Notice:

Eli the priest was sitting on the seat beside the doorpost of the temple of the LORD.

Verse 3 tells us Eli was old enough to have two adult sons who also served as priests. We will see these two sons are miserable examples of priests. And that truth can be laid at the feet of Eli.
So Eli is exercising authorithy over Israel. His encounter with Hannah shows us just how poor a job Eli was doing. Hannah came to the Temple to ask God to give her a son. Verse 10 says Hannah:

Was deeply distressed and prayed to the LORD and wept bitterly.

Mastering Manhood: Commit Your Ways To The Lord

Hannah took her problem to the One Who could deal with it. Verse 11 is the essence of her prayer:

O LORD of hosts, if You will indeed look on the affliction of Your servant and remember me and not forget Your servant, but will give to Your servant a son, then I will give him to the LORD all the days of his life, and no razor shall touch his head.

It seems Hannah knew the prayer of Samson’s mother. What Hannah’s prayer describes is the vow of the Nazirite. And that is what she commits to make of the son she asked God to give her. The anguish of her soul was evident by the tears that accompanied her prayer (see verse 10).

Hannah’s prayer also brings to mind the prayer of Rebekah in Genesis 30:1. There, she said:

Give me children, or I shall die!

Hannah’s was not so demanding and she was modest a son, not sons. Hannah’s prayer was intense as well as personal. Her lips moved but she made no sound. Her prayer was between her and God. However, Eli’s observation of Hannah is insightful.
Eli’s duties included overseeing the Tabernacle. He had the seat of authority. But what learn will show he lacked the spiritual discernement that should accompany his role. There is a big difference between sitting in the place of authority and having the heart of a shepherd. And every parent has the role of shepherd. We have prime responsibility to guide our children (like a shepherd) to Godliness.
Eli’s position would have given him a direct view of Hannah. According to verse 12, Eli observed Hannah’s actions. Since she made no sound. Eli jumps to the incorrect conclusion that she is drunk.
What Eli did next is really appalling. He took her to task about drunkeness. Notice his words in verse 14:

How long will you go on being drunk? Put your wine away from you.

Imagine that! We are not told he even moved in order to speak. So his chastisement would have been heard by anyone around. It’s early in the day. And given things we will learn later, it may well be that he was accustomed to seeing drunk people at that hour and in the Temple.
Eli’s actions and words were insensitive and illustrate his incompetence as Priest. God’s priests were supposed to show compassion to God’s people. Compare Eli’s actions with the earthly priest described in Hebrews 5:1-2:
Every high priest chosen from among men is appointed to act on behalf of men in relation to God, to offer gifts and sacrifices for sins. He can deal gently with the ignorant and wayward, since he himself is beset with weakness.”
To add to his failure, Eli didn’t recognize silent prayer and anguish when it kneeled right in front of him! Every shepherd should be well acquainted with prayer and compassion. Both are essential in Mastering Manhood.

Eli’s failed to learn in his encounter with Hannah. We see that in chapter 3. Young Samuel came to Eli in the night. Samuel had heard the voice of God (see verse 9). Eli instructed him to answer:

Speak, Lord, for your servant hears.

If you knew God was personally speaking to your child would you roll over and go back to sleep? I hope I’d get up and wait anxiously to hear the voice of God.
And if we learn anything from looking at Eli’s failures, we must learn not to make the same mistakes over again. Scripture is written for many reasons. Here are two that apply:

Now these things happened to them as an example, but they were written down for our instruction. (I Corinthians 1o:11)

All Scripture is . . . profitable for teaching, for reproof, for correction, and for training in righteousness. (2 Timothy 3:16)

This includes the bad examples like Eli. His life is preserved as a warning we should heed. May the Lord open the eyes of our hearts.