Laughter: There’s A What???

Laughter is Good for the Heart 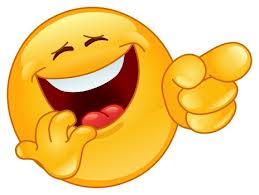 Have you ever gotten your tang toungled? Everyone who speaks to a group has had that slip-up. Sometimes it happens when one tries to correct something. The perceived error wasn’t nearly as bad as the correction was funny! I know. I’ve done it.

And then there are those lines we just get wrong. There’s no two ways about it. Our public speaking mistakes are wrong, memorable, and a great source of laughter.

How many things have you seen go wrong at a wedding? I was conducting a wedding and when the bride arrived in front of me and the groom, I solemnly asked: Who gives this man to be marred to this woman? Well, that one was nothing compared to the story that follows.You won’t believe this one. And for the record, I was NOT the minister at this wedding!

This tongue-tied parson never indicated there might be a problem. The ceremony was flawless. And believe me, there are plenty of things going on in my head during a wedding. No matter how well I know the couple, I usually write the ceremony out. It will be complete with their names written in. I have a horror of looking at the bride and saying, Do you take what’s-his-name to be your lawfully wedded husband?
Most of the time we pronounce them husband and wife and the wedding party immediately begins the recessional. The minister is left with one final task:

This wedding ceremony got down to that point and then the minister said:

After that, I’m not sure anyone remembered the ceremony or the reception!