What’s Behind the Door, a Home or a Hovel? 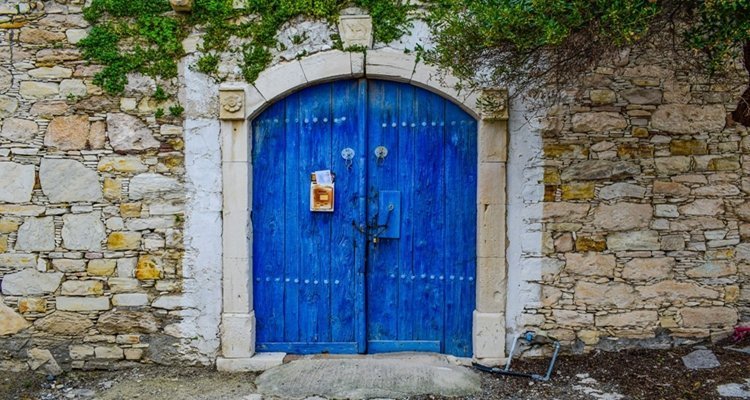 Have you thought much about a door? It keeps things out, but it also keeps things in. Most doors block sight. You can’t see what’s inside until you go through the door. And why should you be interested in a door? The answer has ancient and recent examples. I’ll start with the recent…

Why the recent example? Well, it’s a poignant example of how to choose the right door! It was a conversation in our Pastor Training School. The words were few but overflowing with insight. And it went like this:

Host Pastor to class: After each session we will take a short break and everyone will have an opportunity to get a drink.
Student Pastor in the class: Let’s don’t waste time drinking water. We need the Word of God more than we need water.

That thought would have served my ancient example very well. And it will also serve us well!

A Door – A Choice

Now, disciples like you know about doors. And we all know faith can sometimes be a struggle. These two things are connected. In Genesis 12, Abram had reached the land of Canaan. His faltering steps of ‘partial obedience’ finally got him there. When he arrived, God clearly spoke to him. The Lord reminded Abram the land where he stood would belong to him and his descendants. The very next verse records Abram building an altar and worshiping. Pretty good so far!

Scripture tells us Abram camped between Bethel and Hai. Bethel means house of God and Hai means pile of rubble. It is amazing how God includes such irony in His word. Abram decided to move away from Bethel and go south. Oddly enough, it’s the next verse (after his decision) that says a famine was in the land. When Abram arrived in the land, he had noticed the Canaanites. Then he noticed the famine. But neither of these was necessarily a problem. They were present to test his faith.

Door Of: Reason Or Faith

Now, about the door. Abram’s ‘reason and logic’ dictated he keep going south toward Egypt. Things could be better there. Abram’s faith would dictate he stay where God had sent him and trust God to take care of him. One door is Faith and the other is Reason. They each function as all doors do.

The door of Reason kept Abram from seeing the trouble he would encounter in Egypt. Opening that door led him out of Canaan and straight into Egypt.

The door of Faith would have kept him out of Egypt and in Canaan. Behind that door Abram would have found God’s abundant provisions for dealing with Canaanites and a famine.

As you can read, Abram opened the door of Reason and spent a while living in Hai, a pile of rubble. That’s what Egypt was compared to the Promised Land. We can all take courage and hope in the fact that God is patient and kind. He understands our frailties. And He gives us more than one chance to walk through the door of  Faith. He did it for Abram and He can do it for you!