Unsaid Sermon The Church MUST Hear 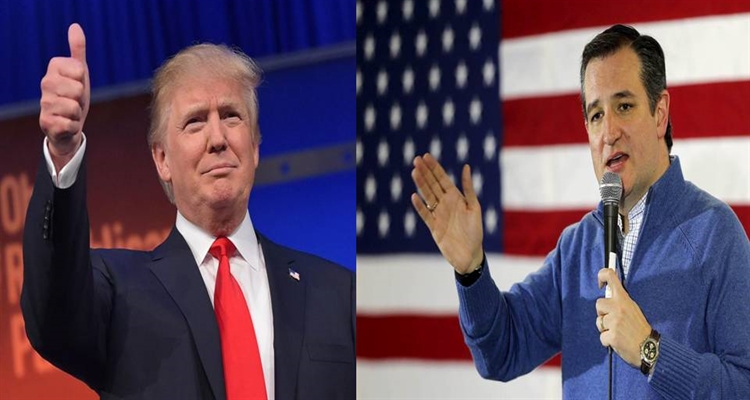 Many prefer to see a sermon than hear one. What if someone “preaches” a great “sermon” without intending to? It seems to me Ted Cruz has done that very thing. I believe his message was three things:

As always, this not a politcal post. We are in an election cycle and the political arena has again provided an invaluable lesson for those with ears to hear. In the seven letters to the seven churches in Revelation, that instruction is repeatedly given:

He who has an ear, let him hear what the Spirit says to the churches.

Can we also be instructed by things not said? Absolutely! As I teach and preach I often point out things the Scripture does NOT say. We can learn as much from things not said as we do from the written portion of God’s Word. Now let’s ‘hear’ the Unsaid Sermon.

Ted Cruz represents himself as a man of Christian faith. I have no quarrel with that. Like all other believers, Senator Cruz is not perfect. With that said, I do not believe Mr. Cruz intended to make a mistake, but I believe he made one. And one of the valuable skills in life is to learn from the mistakes of others. None of us has time to make all the mistakes ourselves! I’ve made more than my share and if you are honest, you know you have also made your share.

We must first remember what was said. Think back to the Republican debates. There were 16-17 Republican candidates. People wondered if Donald Trump would support whoever won the Repbulican primaries. Candidates were asked in one of those early debates to pledge their support for the eventual winner. It seemed to me that was intended as some sort of snare to Mr. Trump ir ao site. No matter what it was, Ted Cruz made the pledge to support the eventual winner.
Another thing every Republican candidate, including Mr. Cruz, said was:

Any one of these Republican candidates would be a better president than Hillary Clinton.

Again, I’m not evaluating. I am simply calling to mind or memory what was said. Knowing what was said is critically important if we are to hear the unspoken message. The words spoken, and unspoken, are intructive for all of us.
Now for the unsaid sermon. Last week, at the Republican Convention, Ted Cruz created some controversy when he addressed the convention. He had an opportunity to endorse Mr. Trump. I am not addressing whether he should or should not have done so. The fact is, he did not endorse Mr. Trump. The morning after his remarks, Senator Cruz’s motivations became clear. He commented at a breakfast that it was not his role to be a “servile puppy dog” in light of things he considered to be insults to his family. He laid responsibility for those things at the feet of Donald Trump.
What was unsaid? The least important of the unsaid things was: I endorse Donald Trump. Other unspoken words were thunderous in comparison. As believers in Christ, we are in fact servile. That doesn’t mean we are doormats to each other. It does mean we are no longer slaves of sin, but we are slaves to righteousness. As slaves to righteousness, and imitators of the Living God Who stooped to wash the feet of sinful disciples, we are to do several things:

Many other instructions that tell us believers are, in fact, to subject themselves to the cause of Christ. If we are hit on one cheek, we are to turn the other. Our lives are not about us. Our lives are to be all about Him.
We are to let others know we are followers of Christ. When we do, they see we live our lives differently than the rest of the world. When we tell the world we will do certain things, they should be able to count on us to do those things. Why? Because Biblical principles are matters of conviction rather than convenience. We do not show a true reflection of our Father if we only obey Him when it is convenient to do so.
What could Mr. Cruz have said? I don’t claim to know the best way to do it. But I do know he had a moment in the national spotlight to do more than talk about being a believer. He had a rare moment to demonstrate his convictions and beliefs about Jesus Christ on a huge stage. Maybe it could have gone something like this:

I am here tonight more as a Christian than a Republican. It’s no secret that some pretty harsh rhetoric was used in our primary season. As a man, a husband, and my father’s son I was offended and hurt by some of that rhetoric. But as a Christian, I am called to forgive others as Christ forgave me. So my presence here is part of my commitment to Christ. As a Christian, I am also bound to keep my promises to do what I say I will do. I made a pledge to support the winner of our primary process. I obviously wanted to be this year’s nominee. Not everyone agreed. Even so, I must be true to my word and let you know I will be voting for Mr. Trump. Why? Because you know we all said any of our nominees would be a better president than Hillary Clinton.

In my mind, that wouldn’t be a formal endorsement. And I am positive a talented writer could improve on that. But I think you get the idea. Something along that line would have presented Christians in a positive light. Would it have hurt Mr. Cruz? Maybe, but I don’t think it would have hurt him more than what he did.

Is it right to serve God first and foremost? We all know the answer. And while few of us will have the opportunity to take a stand for Christ in the national limelight, we each have our moments every day. What are we doing with them? Do those around you see your actions backing up your words?
The political arena is a rough and tumble place. It’s not for the faint of heart. Even there God is in charge! It is never a mistake to serve Him first. If you don’t agree, let me refer you to the following Biblical accounts:

In each case, God did the miraculous with slaves (the servile?). They loved Him and His righteousness more than they loved their own lives. That was an unmistakeable factor in their lives and should be one in our lives.
In each case, God elevated faithful servants to positions of unparalleled prominence. Could God still do that with Senators from Texas? Absolutely! Could God do that kind of thing in your life? Yes! Maybe the reason we don’t see that very often is we don’t have very many people who love God more than they love themselves. And that’s the real lesson. None of us is more important than our Redeemer.
No amount of talking will ever equal the unmistakable message of a life lived solely for Christ.