Two Kinds of People in the World, Part 3 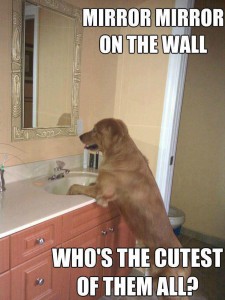 Two kinds of people! Here’s a rhyme to for you:

Do you take offense? Take that up with Jesus. Why? It was He Who said:

Not everyone who says to Me, ‘Lord, Lord,’ will enter the Kingdom of heaven.

At the very least that means we have some people around us who are not being truthful with themselves. They have practiced Make Believe. They called Him LORD but He didn’t control their lives. Their ‘action’ was missing (see previous post). Jesus said loving God most is the greatest of His commands. He also said if we love Him, we will keep His Commandments. It’s Make Believe (like Cinderella) to think it’s OK with Him to pick and choose what we will obey. It’s Make Believe (like Star Wars) to think it doesn’t matter what one believes as long 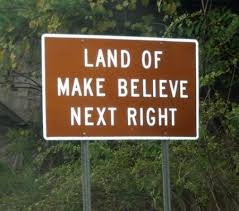 as they are sincere in their belief.
Couldn’t I have saved a lot of space by just reminding you of a couple of things? Maybe, but that wouldn’t make the point quite as well. You see, this exercise wasn’t about convincing me there are only two kinds of people in the world. The Make Believe group is really just part of the I Don’t Believe crowd (see Part 2 post). They just lack the honesty to admit it. Their self-deception makes it difficult to convince them of the truth.
This is about convincing Believers only two groups exist. Eternity has only two destinations. Believers, you know some Make Believers. You attend church with some of them! They are part of why Jesus was sent, and why He sends you! After all, He’s the One Who said:

You shall know the truth, and the truth shall make you free. 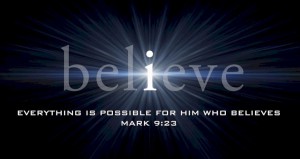 So the task is for Believers to accept the Truth. Understand there are Don’t Believers around you. Some of them are Make Believers. Whatever the case, lovingly speak the Truth to all. It does set people free!