On Good Friday Jesus died. His death met the most obvious of sin’s penalties. Adam and Eve were made in the image of God. And they were meant to live in eternal fellowship with God. When they took of the forbidden fruit, they first died spiritually, and ultimately died physically. Before their lives ended, they had children. Scripture says (Genesis 5:3) Adam’s children were born in his image. All Adam’s children, right down to you and me, inherited his fallen, sinful nature. But Jesus was different. 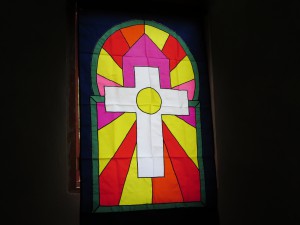 Jesus was virgin-born. He was not from Adam’s line. His Father was God. He was conceived of the Holy Spirit and carried by Mary. The Child she bore lived to die on Good Friday. Because He had never sinned His death was sufficient to pay sin’s penalty. Hebrews 2:9 says:
But we do see Him who was made for a little while lower than the angels, namely, Jesus, because of the suffering of death crowned with glory and honor, so that by the grace of God He might taste death for everyone.
He tasted death for everyone. And that means you, me, and all who have ever lived. That was the purpose of Good Friday. Because He tasted death, we can say to one and all, O taste and see that the Lord is good; blessed is the man that takes refuge in Him! (Psalm 34:8) That message only gets better when Sunday comes. Why? Because Jesus conquered death and rose victoriously from a now-empty tomb!
We have the great joy of declaring that good news to a world in need of hope and forgiveness. Have a great Resurrection Sunday!!! 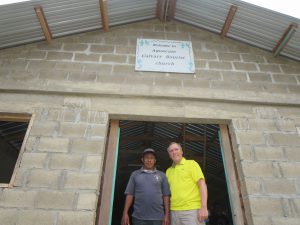 I was thinking about a Good Friday post as the team is waiting to leave Belize City. This one was written three years ago (almost to the day!) and I used a picture from the Santa Teresa church. Enjoy this re-post. And please pray for the team as we travel home.