What Do These Stones Mean

How often have we had trouble because we forgot something? God knows us inside and out and knows our need to remember. In an earlier post I connected memorial stones and my own wedding anniversary. Each has a ministry of remembrance. I also made a promise: to share what I received in worship. The ministry of remembrance can bless you as much as it blessed me.

Ministry of a Faithful Church

God used the ministry of North Side Baptist Church and His Word to call me to serve Him. What part of His Word?

The Spirit of the Lord GOD is upon me, because the LORD has anointed me to bring good news to the afflicted; He has sent me to bind up the brokenhearted, to proclaim liberty to captives and freedom to prisoners; To proclaim the favorable year of the LORD. 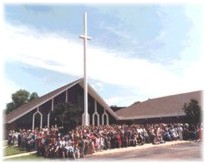 The words Isaiah wrote describe an incredible task. Do any of us comprehend their scope? Probably not. How much more would that be true of a seventeen year old? That’s who I was, but I knew the Lord was calling. I’ve never forgotten the impression of those words on my young heart.

I wasn’t perfect then and I’m still not. Like you, I’m on a journey of faith and God isn’t through with me. But just over two years after I answered God’s call, Debbie and I were married at North Side in Weatherford. My father performed the ceremony. We married, left Weatherford, and never lived there again. We visit because our family roots are there. But we left for our honeymoon not fully realizing our lives would be an extension of the ministry of that church and every other church we would serve.

Perspective is gained through experience. Our experience came to include the following:

And perspective was my blessing yesterday. It came about in the most unusual of ways. 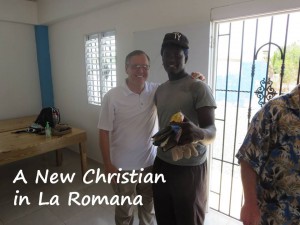 I was so blessed to hear the team share with their church. Before I preached, I updated them on a young man that was saved during their mission. Why? I took that young man on another mission just over two weeks after he was saved. God used him to help bring 36 others to faith and that was an extension of the ministry of the Florida team. They needed to remember ministry is not static. It’s a continual flow from one step of obedience to the next. Paul says in Romans we live from faith to faith.

My sermon was from Luke 10 where Jesus sent out the 70. Jesus began by telling them to pray to the Lord of the harvest to send forth laborers. Then He immediately told them, Go! He sent them as answers to their own prayers. That’s a lesson all by itself. I wrapped up the service and then went to attend worship (live) with Debbie and her parents at North Side. The unexpected would be unleashed!

Ministry of the Unexpected

The unexpected elements of the morning were these:

It all came crashing in on me as Pastor Van ‘interviewed’ the team members. He referenced Luke 10, the same passage I had preached earlier in the morning. I saw the results of a church still being faithful as Jesus’ sent ones. I remembered the people in that church who demonstrated Jesus to me when I was a teenager. (Some of them were in the room.)

Did I ‘get it’ as a teenager? Not really. But in that service the church became a stone of remembrance. I was hearing what God is doing today and remembering what He has already done. It was overwhelming.
I wanted to stand up and tell them about the ministry they helped begin. I wanted them to know: 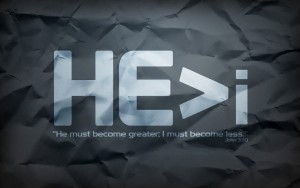 Why did I want them to know? It’s all testimony to the greatness of God and the faithfulness of His people. I wanted to encourage them not to grow weary in doing well.

God doesn’t tell us all that will happen when we are obedient. He just tells us, Obey. Our ministry of VBS, Bible studies, and youth groups can seem routine. We can’t see 40 years down the road and what God will do with one of those young people that may not seem to get it. God can see that far!

Will anyone from North Side see this? You have. Be encouraged! Find your stones of remembrance. Celebrate what your Father is doing and has done.

And did I mention my story is just one? How many other ministers and ministries could share a similar story? How many churches are being faithful to make disciples and send them out? There aren’t enough, but there are many. And one day I believe we will get to see and know the tapestry God has woven from the faithfulness of His children.