Nick Saban and Paul the Apostle are two people we can learn from. Well, we can if we have open eyes. So what’s the connection between a first-century missionary pastor and a 21st century football coach? It’s more than meets the eye! Open up and let’s see what there is to see…

Some disclaimers are in order. First, I have to risk disappointing some very devoted Alabama fans:

Nick Saban is NOT the fourth person of the Holy Trinity.

See my third disclaimer regarding that comment. I don’t think there are fans who truly believe that, but some seem to get pretty close.

Second, I’ve never met Coach Saban. So I have no first-hand knowledge of the man. But like many public figures, much is known about him. And I am one who can read, see Coach Saban on news broadcasts, and hear others who have spent time with him. It’s fairly easy to have an accurate-but-general knowledge of high profile folks.

Third, I’m a fan of good football. We answered a call in 1992 to move from our home state of TEXAS (Dallas Cowboys!!!) to our now adopted state of Alabama. That move opened my eyes regarding college football fans! And I quickly chose to stay right in the middle of the Auburn/Alabama feud and have fun at the expense of both sides (as appropriate-see disclaimer 1). That means I have cheered for both schools and seen some great football games. And this past Monday’s National Championship was certainly one of those. 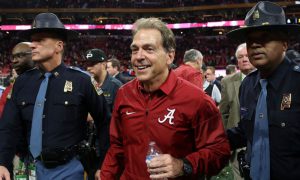 I typically have some books around me or a few pages of research open on my laptop. When the commercials come during any program I tend to turn my attention to a page or two of something worthwhile. That happened during Monday’s game. The book of Philippians is currently on the teaching map. So that is likely what opened my eyes to the link between Coach Saban and the Apostle Paul.

Nick Saban can be characterized by several words. Among them are: 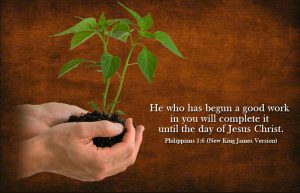 There are others. But these are enough for now. Nick Saban knows who he is, what he’s good at, and he passionately pursues his goals. That means not everyone appreciates who he is. And everyone doesn’t like or appreciate his methods. I am simply stating the obvious – for those who will see it. Why? Because there is a valuable lesson to be learned.

The words I used to describe Coach Saban could also be said of the Apostle. But we can’t see Paul on our evening news or during a nationally televised football game. We have to ‘see’ him in his letters to New Testament churches. Paul knew who he was, Whose he was, and why he had been given a job to do. He did that job with passion and excellence. Paul’s writings 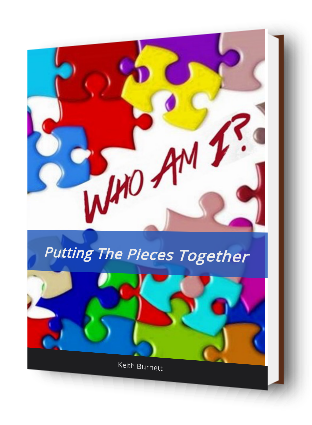 instructed believers so they could also gain a proper understanding of who they were. That understanding is necessary if one is to pursue their calling with passion and excellence. And there you have a good idea why I crafted, Who Am I? Putting The Pieces Together. But this isn’t really about that.

I’m guessing you never put Holy and Lust in the same sentence? Well, it’s in Philippians 1! This is a telling and showing chapter. It tells us about the Apostle Paul. We learn about his desires and how he viewed his ministry. But it shows us some things that are not actually stated on the written page.
We won’t find the words Great Commission or Greatest Commandment in Philippians 1. But we do see both items on display. Paul embodied the Great Commission by his desire for all men to hear the Gospel. He was accomplishing that desire from a Roman prison. In short, his circumstances did not dictate his passionate pursuit of His Savior’s call. That is a picture of loving the Lord with all your heart.

And if you need more, then linger over two verses in the chapter. First, Philippians 1:21. It’s familiar. But to make the statement, Paul had to believe this:

I love Jesus more than all the world can give me and more than I fear what death can take from me.

That is Greatest Commandment love. And we should emulate Paul in that love. See these references: 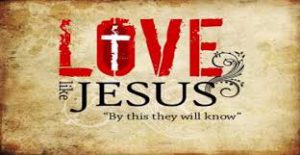 And then there is the LUST verse! You don’t see that word in the English translation. But it’s present in Philippians 1:23. We see it as the word desire. There are 38 other uses of this Greek word in the New Testament. Most of the time it is rendered as lust. But what is lust? We think of it negatively. That’s because our word lust denotes an all-consuming, controlling desire that is out of line or out of bounds. But what if one’s compelling thought or driving passion was holy? It’s the same thought but it is pointed in a positive direction. That is why Paul could write in 2 Corinthian 5:14-15:

It is the love of Christ which compels us…

So now we should be able to not only to compare but to contrast. And the lesson is valuable if we will see it. Notable people have pursued excellence with passion. And history has taken note of them. Nick Saban is just one. He has populated the football world with his ‘students’. Many are now coaches. And that is another aspect of Paul’s work and instruction (2 Timothy 2:2) –

Entrust the Gospel to faithful men who will in turn entrust it to others.

Paul called his students disciples and/or pastors. Coach Saban calls his students players, coaches, and/or NFL stars. Are you beginning to see a parallel?

People who pursue their passion with excellence ought to serve as a reminder to all of us. And that’s true whether or not we like them or agree with them about some things. Why? Paul’s words near the end of the first chapter are telling (Philippians 1:27) –

Walk in a manner worthy of the Gospel… 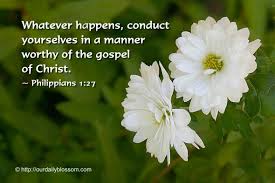 And here’s where it all comes together. If men can passionately pursue excellence in sports (Nick Saban and others), or politics (Mike Pence and others), or business (Steve Jobs and others) then how much more ought we to pursue our Savior and His Kingdom with passion and excellence?