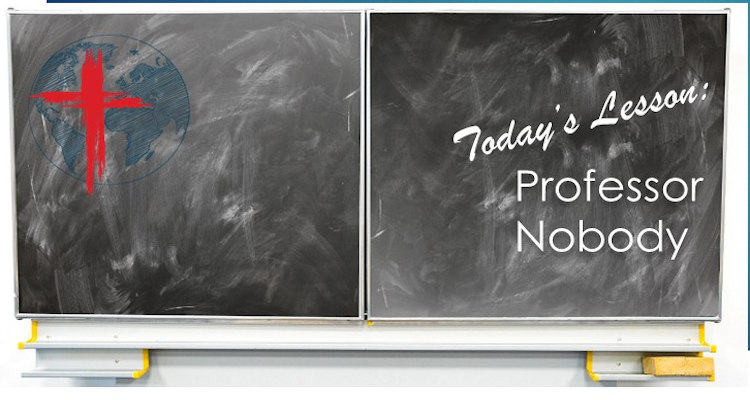 Want to be a nobody? Are you convinced you are a nobody? Does that belief cause heartache? Is it ever great to be a nobody? Life Lessons are effectively taught by some amazing, anonymous people. Just think of them as Professor Nobody!

In John 9, Jesus encountered a man born blind. Jesus put mud on the man’s eyes and sent him to wash in the Pool of Siloam. The name of the pool means Sent. Jesus, God’s sent One, brought light and life to blind eyes. The man received his sight when he washed his eyes. But Jesus intended His gift of healing to exceed sight. The man was sent – and if you read his story he became an incredible witness for Jesus. That’s what sent people do. That man represents you and me!

I know – you aren’t blind. You haven’t had to wash your eyes. And you wonder why I said that blind man represents us. In our sin, we are blind to all God wants to be and do in us. It’s not until we are washed in the blood of the Lamb that we receive spiritual sight. But when we receive it, we also become Jesus’ sent ones. Don’t think so? In John 20:21, Jesus said:

As the Father sent Me, so send I you!

Just like that blind man, we have opportunities to show others what Jesus has done in our lives. We can say with Him, I once was blind but now I see. And we should say it often. Remember, you are washed and sent! 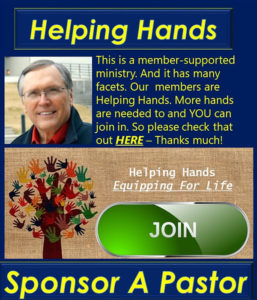 One striking factor of the man born blind is we do not know his name. It’s unimportant. Jesus knew his name, but apparently it was unimportant for us to know it. The man’s testimony has survived in the Scriptural record and continues to give glory to Jesus! But this man is not unique!

In Matthew 26, Jesus visited the home of Simon the leper. An unnamed woman washed Jesus’ feet with expensive perfume. Even this was not uncommon. Other similar events happened:

In the Luke passage, the woman was forgiven of her sins. John’s record of Jesus’ anointing identified Mary, And Jesus uses her extravagant worship as an example and instruction to all. In Matthew’s account, the anonymous woman received a special honor. Jesus said:

Wherever this gospel is preached in the whole world, what this woman has done will also be spoken of in memory of her.

A Nobody Focusing On Jesus

What’s common to the blind man and Jesus’ two anonymous anointers? We don’t know their names, but they made much of the name of Jesus. That’s the lesson Professor Nobody teaches!

Isaiah tells us the names of the Lord’s own are graven on His hands. Think about that. I may be a nobody to the world, but my name is written on Jesus’ hand right there by that nail print! I’ll never be a nobody to Him, and neither will you! 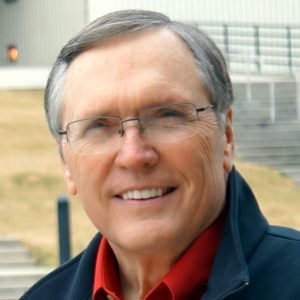 P.S. – Please take a look at the MEMBERSHIP link HERE or the blue box in the post. Our mission is Equipping For Life. And we do it strategically – but only with you help. That strategy is to continue to equip pastors in our international training school AND we have begun an intentional effort to equip and train pastors here at home. Every supporting member can give membership benefits to a pastor. It’s two memberships in one. Equip yourself with resources and insights here. And also equip a pastor whose calling is to equip others. It’s a win all the way around. Will you help?