How Great Is The Debate? 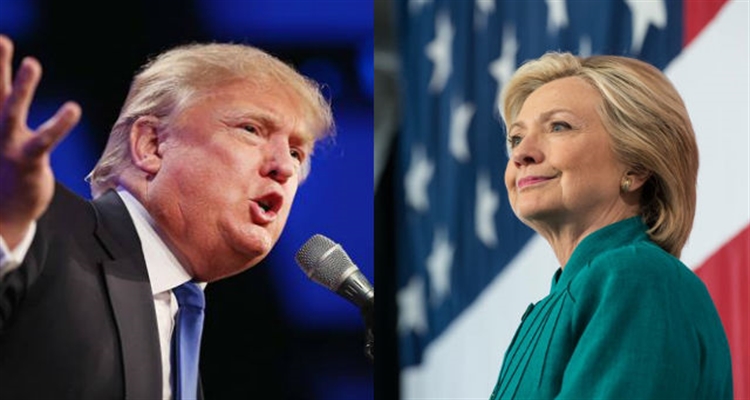 How Great Is The Debate?

How important is the presidential debate? Is that question relevant in a devotional blog? Well, let’s begin with a couple of political observations.

Our nation seems more polarized than ever. There are deep divides on almost every issue. And everyone seems to be looking to political candidates for answers. But believers should know our strength and hope does not lie in politicians. And the proximity of the words lie and politicians is just one reason why! So we should diligently remember that God is: 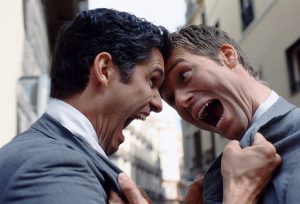 With all the talk about tonight’s debate, perspective is in order. When all is said and done tonight is about politics. And I am very well aware that the outcome of the presidential race may have a profound impact on our nation, our families, our churches, and this ministry. But is that the biggest concern I/we should have?
Compare a political debate with the debate in Acts 15. If you have a study Bible this chapter may have a subheading like: The Jerusalem Council. What was the point of contention? 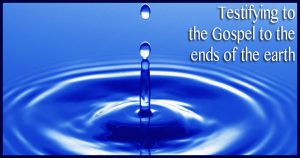 Some Jewish believers taught that Gentiles could become Christians if they were also obedient to all the Jewish laws. Paul, Barnabas, and Peter argued against this. They said belief was a matter of faith alone. This debate was about evangelism, discipleship, and eternity hung in the balance. That defines a genuinely important debate!
Peter told the group that in earlier days God had planned for Gentiles to come to faith. And Peter would be the one to extend God’s invitation of grace to them. When did that happen? Obviously God knew His own plan from before the foundation of the world. But we got an inkling of it in Jesus’ words to Peter in Matthew 16:

There are two groups of people in the world: Jews and Gentiles. Peter was the Lord’s anointed spokesman at Pentecost (Acts 2) when believing JEWS received salvation and the Holy Spirit. The Lord sent Peter to preach salvation to GENTILES at the home of Cornelius (Acts 10). They also received the Holy Spirit. So Peter opened the gates of salvation to both groups in accordance with Jesus’ words in Matthew. That prophecy was fulfilled. And despite jokes and traditional lore, Peter is not heaven’s gatekeeper!

Whatever happens tonight the rancor will not end. And it’s even more unfortunate that the discussion from Acts 15 is still going on. And you disagree because you don’t know of anyone demanding converts should become Jews. Well look at it just a little differently and see if I’m correct. 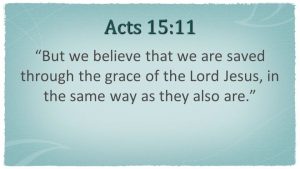 In Acts, some were wanting to add certain things to faith. People either come into a right relationship with God through faith alone or they don’t. If faith alone is enough then it doesn’t matter what ‘additions’ one calls for. It could be Jewish law or it could adherence to social traditions and expectations.
Like you, I know of of no one advocating the keeping of Jewish laws. But I do know a great many instances where certain traditions and expections are demanded of new believers. And there’s a major point to this.
Where is the debate in our churches about that? Where is the debate in others cultures when we have seen new believers come to faith in spite of what they have been told by local churches? Yes, that happens! 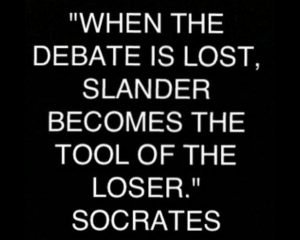 It’s not good, but it happens in politics and the Church.

A young man shared with one of our mission teams that he’d been told he couldn’t become a believer because of the way he wore his hair. Another was told (by the local church) he couldn’t be saved because he had tatoos. Change the circumstances and this silliness happens in our culture, too.
And where are the people like Paul and Peter who are engaged in a great debate and defending the Gospel against those who would pervert it? So as you watch the all-important event tonight, I hope this makes you think about a debate that has far greater consequences. Because eternity really does hang in the balance.