Frozen Chosin and Your Liberty 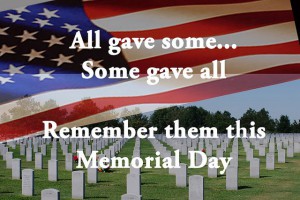 Liberty and Memorial Day have an obvious connection. But what about Frozen and Chosin? And No, I didn’t misspell Chosin. Furthermore, I don’t mean what some of you are thinking!

I love history. And part of history is warfare. How many famous battles can you name? These great conflicts have shaped human history. I like to know things like:

And given my interest in the subject, it was amazing that I was over 40 years old before I learned about one of the most awesome and heroic battles in American military history. My friend, Jim, told me about it!

Jim was a member of a church we served for about 12 years. He was an incredible man, a model Christian, and served for many years as a deacon. And Jim had a gigantic heart for evangelism. He is in heaven now. But every Memorial Day I think of him.

Jim and I often teamed up to visit people who had visited our church. No matter how someone got ‘tagged’ as a prospect, you can rest assured Jim would personally visit them if at all possible. We were riding in Jim’s car when he told me about Chosin. He would talk and drive. Then, we would get out and make our scheduled visits. We’d get back in the car and he would resume the story. I was fascinated.

Jim knew he was alive for a purpose. He had lived through 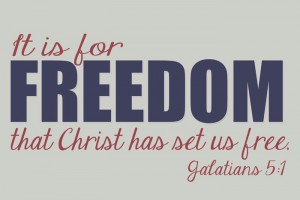 one of the most brutal battles in history and lived to tell about it. Jim survived a brutal enemy and brutally cold, winter conditions. And he used his liberty well.

Jim was also well acquainted with Galatians 5. The Apostle Paul tells we have been set free for freedom’s purpose. What’s that? To serve God and others. We aren’t just free from sin. We are free to serve. Jim knew that and he served well.

Paul also wrote in Galatians 5 that we are not to use our liberty as a license to sin but use it to serve with love. Today, it seems the entire world believes in a license to sin. But Jim knew better. He and his fellow Marines, and thousands of other American heroes, fought so we could have political freedom. Christ died for our eternal liberty. And those who have political freedom and eternal liberty are truly blessed. 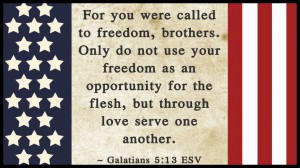 As we pause this weekend to honor those who have given their lives to secure our freedoms, I have a question and a suggestion.

Question: What are you doing with your freedom; is it first about you, or is it about the Kingdom? Think about it!

Suggestion: Click the following link to read about this ‘forgotten’ battle in the ‘forgotten’ war in Korea. LINK for history of the Battle of Chosin Reservoir. Have a GREAT weekend. More to come – tune in next week.

Note: This post was originally published May 23, 2014. I’ve made only slight edits from the original. Jim’s memory continues to be a blessing and an encouragement. And my challenge is still a good one! Pray with Daniel from Daniel 9 (I dare you!).