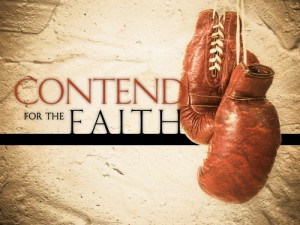 This isn’t about defending the faith or confronting error. It’s for all who have struggled to maintain their own faith. When was your last fight for faith? Notice, I didn’t ask, Have you ever had that fight?
We often talk about ‘steps of faith’ and overlook the struggles that journey contains. King David is a good Biblical example. He was anointed king over Israel and spent years avoiding assassination attempts by Saul. He did become king, but he didn’t know how or when God would give 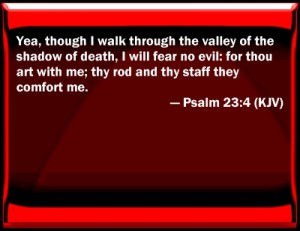 David contended for faith in other ways. He voiced his struggles more than once. His challenges, and his pen, let us know that even in the face of death itself, our faithful belief is cause for peace and for God’s continued care and guidance, (Psalm 23:4).
Another example of fighting for faith is in Luke 5. Four men firmly believed Jesus could heal their friend. Circumstances prevented them from easily getting to Jesus. The key word is easily. That was no reason for them to give up. They fought crowds, a roof, and ridicule to lower their friend to Jesus. It was the faith of the four men that Jesus acknowledged first. Because they acted on their beliefs, Jesus forgave the 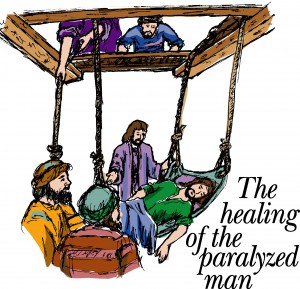 man they lowered through the roof. Continuing to act on faith is not always easy.
In I Corinthians 9 Paul admits fighting for faith in order to win a crown. In Hebrews 11, the writer gives a ‘laundry list’ of people who fought to maintain their faith. There are indeed steps of faith, but it’s often a fight to take them. The fight of faith is why the crown is won. God doesn’t just give them away. And David, Paul, and many others show us obedience is the path to the crown.
If there is any one thing that has marked my journey and work at Mission: Hope, it is the reality of faith’s fight. God has rewarded our faithfulness. And like all contenders, we sometimes tire. I am so thankful for those who take the time to do and say encouraging things. I am also thankful for everyone who prays for this ministry. These are things that enable me, and all of us, to press on and win the prize.

It’s good to thank you for your encouragement. But that is not enough. It needs to be returned. So let me urge you to take any and every opportunity you have to encourage others in their journeys. You never know how someone may be struggling when you see them. I’d like to suggest a place to begin. Start with some encouraging words and actions for your pastor. There two reasons. First, October is pastor appreciation month. Second, your pastor needs encouragement. All the reasons couldn’t be told. But just trust me on this one.
Blessings to you and yours. And...