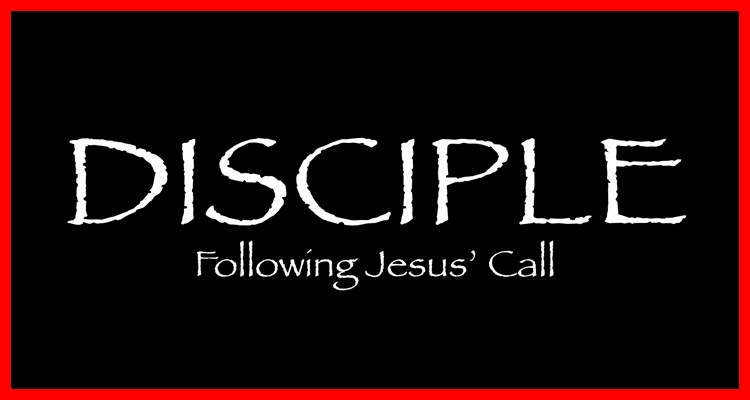 Yesterday’s post, The Peace of Purpose, is the ‘background’ for this post. We addressed how a disciple is supposed to live and what a disciple is to do. The following piece is from Ed Stetzer’s blog, The Exchange. A link is included in this post.

A Disciple Is Sent 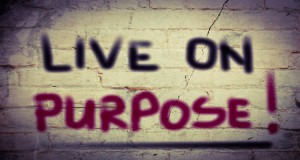 The Peace of Purpose

Jesus clearly showed us by His actions that a disciple is one sent by Him. His sending of disciples is recorded more than once. Last year I wrote a series based on the account in Luke 10. As the Stetzer piece recognizes, we are to pray for the Lord to send forth His laborers. But how are they to live? What is the focus of their lives? And how does that relate to you? Find out below!!

From The Exchange (Stetzer blog) on Christianity Today

Does your church have an intentional development plan to disciple and deploy believers to live out the Great Commission? Are you providing strategic pathways and opportunities for your congregation to participate in church planting so that they can be a part of the Kingdom of God invading into every crevice of society both locally and globally? Or, does this happen haphazardly when someone approaches you and they say that they feel called to ministry?

Jesus said to His disciples, “The harvest is abundant, but the workers are few. Therefore, pray to the Lord of the harvest to send out workers into His harvest.” (Matthew 9:37-38 HCSB)

As a result, while a once-a-year sermon that challenges your congregation to consider full-time ministry may be helpful, it can actually create more harm than good. This sort of sermon unintentionally creates a culture that says some are called and others are not. But the reality is that all believers have the same primary calling—to go and make disciples of all nations. What we do to earn money is a secondary issue, not a primary one!

Instead of merely hoping that your preaching will stir some to see their primary vocation and calling as being harvest workers, what if you actually created intentional environments and training opportunities to call people into this reality? What if everyone in your church saw their primary vocation as being a harvest worker, where some would get a paycheck from the church if their role was to be an equipper of others (Ephesians 4:11-13), and others would get their paycheck from an employer, while serving passionately on the worship team, children’s ministry, or leading a small group? Then we would definitely see more churches get planted.

In Eric Metaxas’ epic biography of the pastor, martyr, prophet, and spy, Dietrich Bonhoeffer, we read about the ways that Bonhoeffer trained people for the call of ministry. Although, as the first head of the seminary in the Confessing Church, he was focusing on training individuals for full-time pastorates, there is much that we can glean from his methods that relate to our discussion at hand—training all people to embrace their first and foremost vocation as a harvest worker.

Before we get to those points, here’s a bit of background to understand why Bonhoeffer was starting a new seminary. The main reason Bonhoeffer moved back to Berlin to run the Confessing Church seminary was due to the fact that German Church seminaries had gone apostate. The German Church was compromising on theology and allowing itself to be shaped and formed by Hitler’s anti-Semitism.

This was also at a time in history when the savage bloodbath known as the Night of the Long Knives had just occurred. As a result, Hitler was quickly gaining power while the divide between the German Christian Church and the Confessing Church continued to rapidly widen.

When it comes to creating intentional environments and training opportunities to encourage people to embrace their first and foremost calling as harvest workers, here are three things that we can learn from the way that Bonhoeffer designed and ran this seminary.

Bonhoeffer was deeply inspired by the Sermon on the Mount and he believed that Christianity would look and be radically different if believers would just merely live it out. So he called his students to see themselves, not as theological students, but as disciples intentionally living out the Sermon on the Mount. “Bonhoeffer was interested in a Holy Spirit-led course adjustment that hardly signaled something new” (Metaxas, Bonhoeffer, 263).

Since theological education in his day produced “out-of-touch theologians and clerics whose ability to live the Christian life—and to help others live that life—was not much in evidence,” Bonhoeffer wanted to train an army of harvest workers who were first disciples before they were ministers (Metaxas, Bonhoeffer, 263).

Metaxas, the biographer, recounts a time when a new student, Bethge, was getting to know the rest of the students on the beach. After asking the other students where the Director was, Bethge was genuinely surprised when they pointed out Bonhoeffer to him because he was athletic, young, and playing soccer with the others. “When Bonhoeffer finally realized that another ordinand had arrived, he left what he was doing, greeted Bethge, and invited him to take a walk along the beach” (Metaxas, Bonhoeffer, 264).

Bonhoeffer understood the importance of being close to his students, like Jesus was with His disciples. As a result, he made it a point to personally spend time with them, relate with them, and disciple them. In fact, Bonhoeffer refused to be called by titles that placed him on a higher ground than others. So at the seminary, he was referred to as Brother Bonhoeffer, rather than Director Bonhoeffer—this was truly counter-cultural in his day.

First thing in the morning, all the students would gather around the dinner table and have a forty-five minute service together before breakfast. The service would be a mix between singing, a reading from the Old Testament, more singing, another reading from the New Testament, prayer, and the like. After the service ended and breakfast was finished, every student was required to spend half an hour meditating on a Scripture passage—students would meditate on the same verse for an entire week. “Then everybody went to his room and thought about the Scripture until he knew what it meant for him today, on that day. During this time there had to be absolute quiet” (Metaxas, Bonhoeffer, 268).

Bonhoeffer taught his students to do this so that they would first and foremost see Scripture as God’s personal word to them, rather than as a text that needed to be preached. As a result, while the students were meditating on the passage, Bonhoeffer did not even let the students look at the verse in the original language, or consult commentaries on it!

In order to disciple and deploy believers to live out the Great Commission, you need to first help them distinguish between their primary and secondary callings. What environments do you have to do this other than your worship service? What would it look like for you to wrestle with and integrate these three principles from Bonhoeffer’s seminary into your discipleship groups and the life of your church?