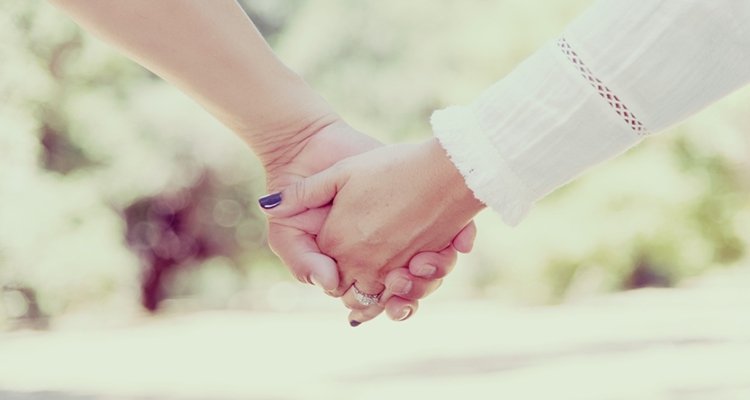 Life Lessons: What Does the Bible Actually Say?

This is a constant necessity: Learn what the Word really says, and not what other people say it says. Confused? Don’t be. Many people want to tell us what the Bible says, or what they think it should say, about many issues. That has always been a fact of life. But sorting through the noise of ideas and voices is challenging unless we go back to the Source. Darrel Bock has done a great job of that with this hot topic. I want to share it with you.

I originally tagged this post under Life Lessons because there are two life lessons to be learned. Dr. Bock has done a great job of addressing the same-sex subject Biblically and his work is worth sharing. That said, the piece is also a great example of what I said above: Learn what the Bible really says, not what other people say it says! That’s a life lesson we all have to visit from time to time!

Enjoy the article below. I’ve included a link to the original piece from the Gospel Coalition website.

The Bible and Same-Sex Marriage: 5 Common But Mistaken Claims

I’ve been hearing a lot in the public square about trajectories. In these conversations God’s Word is used to argue that the church needs to change its view on same-sex marriage, even though Scripture seems uniformly against it. This comes not only from newspaper columnists, such as Steve Blow in the Dallas Morning News, but also from evangelical commentators who claim the direction of the Bible takes them there. I understand this desire to love well, taken from the great commandment (Matt. 22:39), and I also see that one can ask such questions not out of a desire to rebel, clear a new path, or conform to culture, but out of sincerity.

Sincere questions deserve sincere responses. This article is designed to engage those who say the real thrust of the Bible is to joyously enter our brave new world with open arms and hearts. I’ll discuss various claims arguing that Scripture either doesn’t clearly address our specific contemporary situation or that Scripture is open and inconsistent enough to allow room for a category previously rejected.

Claim 1: Jesus didn’t speak about same-sex marriage, so he’s at least neutral if not open to it. What Jesus doesn’t condemn, we shouldn’t condemn.

This is an argument from silence, but the silence doesn’t take place in a vacuum. Jesus addresses and defines marriage in Matthew 19:4–6 and Mark 10:6–9 using both Genesis 1:26–27 and Genesis 2:24 to parse it out. Here Jesus defines and affirms marriage as between a man and a woman, a reflection of the fact that God made us male and female to care for creation together. With this definition, same-sex marriage is excluded. Had Jesus wished to extend the right of marriage beyond this definition, here was his opportunity. But he didn’t take it.

Jesus never discussed same-sex marriage because the way he defined marriage already excluded it. He was not as silent on the topic as some claim.

Claim 2: The Old Testament (OT) allows all sorts of “prohibited” marriage, including polygamy and what would today qualify as incest. If those were permitted, surely monogamous same-sex relationships should be allowed.

Here’s where a look at trajectory helps us. If we observe what Scripture actually teaches, we see that (1) such past marriages are consistently portrayed as resulting in social chaos and aren’t so much prescribed as described; and that (2) Scripture’s expansion into the New Testament (NT) narrows down the scope of options to the standard of one monogamous union between a man and woman in which the marriage bed is to be honored but porneia—sexual infidelity in all its manifestations—is to be avoided (Heb. 13:4). Additionally, elders are to show the community what it looks like to be the husband of one wife (1 Tim. 3:2, 12).

So opening up marriage to a new category actually works against Scripture’s trajectory on marriage.

Claim 3: The move to prohibit recognition of same-sex marriage is like the church’s past blindness on slavery, women’s rights, and a geocentric universe—where what was “clearly” taught in Scripture is now seen as wrong.

It’s fair to point out that some views that used to be considered clear in Scripture have actually turned out to not be so clear—and even wrong. Hermeneutical humility for all is not a bad thing. But it cuts both ways. Whereas with creation/slavery/women one can point to passages where counter-tensions existed with what was clear (such as the way Paul asks Philemon to treat Onesimus, or how Mary sat as Jesus’s disciple, or how the Spirit is said to indwell all women), no OT or NT text is even neutral on same-sex issues. Every single text that mentions the topic does so negatively.
So here also trajectory helps us, since with same-sex passages there is no trajectory. The reading is consistent. That should count for something.

Claim 4: We don’t follow all sorts of OT laws today (try laws on having sex while a woman is menstruating, or eating certain types of food), so why should we accept what the OT says about same-sex relationships?

We already set the trajectory for this answer when we noted that all the biblical texts on homosexuality, both in the OT and NT, are negative. Yet one other observation needs to be made. Some OT laws deal with the issue of uncleanness tied to the temple and worship, which aren’t categories of sin but of appropriateness tied to worship. These aren’t moral laws, but restrictions that distinguished Israel from the surrounding polytheistic nations who were morally loose and sacrificed certain types of animals (and in some cases, children) as part of their worship. This claim shows no sensitivity to these biblical distinctions. In some cases, it ends up comparing apples to oranges since issues of uncleanness were set aside in the NT when Gentiles came into the fold (Acts 10:9–29; Eph. 2:11–22; Col. 2:13–15).

We don’t read the Bible as a flat text. It progresses, even along certain trajectories, so that with the arrival of the promise certain parts of the law are set aside (Gal. 3; Heb. 8–10).

Claim 5: Same-sex marriage doesn’t harm anyone, so it’s morally acceptable and people should have the right to choose what to do.

This is one argument that’s not so much biblical as it is logical. Often the church’s response has been that human design reveals the wrongness of homosexuality because of childbearing. A same-sex couple cannot produce a child. But what does that say about singles or couples who do not or cannot bear children? That rebuttal is fair. Marriage isn’t just about providing children, nor is sex merely for procreation. The Song of Songs lifts up love in marriage as having its own merit, as do many psalms and proverbs.

But here’s another place where surfacing gender in its distinction matters. In Genesis 1 and 2, God’s creation of male and female as a complementary pair—a pairing of another person like me but not the same gender, both made in God’s image—is seen as part of God’s design. That image involves both male and female. Marriage depicts their mutual cooperation in a designed diversity to steward God’s creation. This is seen as creation’s pinnacle since it is the context in which God calls us to manage the world well. Part of that creation design is about the nurturing of future people, where respect for each gender is entailed and appreciated.

I ask a hard question now sincerely: how is respect and appreciation for both genders enhanced, affirmed, and modeled in same-sex marriage? It doesn’t even have the potential for showing it. In a somewhat ironic sense given our desire to be politically correct, same-sex marriage is discriminatory, for only one gender counts in the relationship.

Nevertheless, people do have the right to choose whom they live with and are morally responsible before God for their choices. In the end he will judge us—heterosexual or homosexual—for how we’ve lived in these areas, regardless of our national laws. The church’s plea has been motivated not by hate or fear, but out of a genuine belief that how we choose to live in this most basic of relationships affects our society for good or ill. So we should choose wisely, both individually and as a people. For those who trust Scripture, this means walking in line with the design and standards God says are best for love and flourishing.

Claim 6: The ancient world didn’t understand genuine same-sex love, so this is a new category to consider.

Apparently neither Jesus nor Paul nor even God the Father—who inspired Scripture—recognized this potential category. But this claim ignores how widespread same-sex relationships were in the ancient world. Not all of them were abusive or exercises of raw social power. This is a classic example of “chronological snobbery,” which C. S. Lewis described as “the uncritical acceptance of the intellectual climate common to our own age and the assumption that whatever has gone out of date is on that account discredited” (Surprised by Joy, 206), and which his friend Owen Barfield explained as the belief that, intellectually, humanity “languished for countless generations in the most childish errors on all sorts of crucial subjects until it was redeemed by some simple scientific dictum of the last century” (History in English Words, 154).

Such a claim drastically underestimates the options ancient life presented, and it ignores the fact that ancient culture fairly uniformly rejected the idea of same-sex marriage. This point is important for understanding Paul’s inclusion of such relationships in the category of porneia (Rom. 1:26–27; see also Jesus–Matt. 15:19). The infidelity in view isn’t just to another person, but to the complementary divine design of man and woman in God’s image.

Something Sacred and Profound

Paying serious attention the trajectory of Scripture—even if it aims to be monogamous and loving—doesn’t open the door to affirming same-sex marriage. In fact, it does the opposite.

Divine revelation gives us every indication there is something sacred about God’s image being male and female, and something profound about marriage between a man and a woman (Eph. 5:32)—something that makes marriage unique among all human relationships.