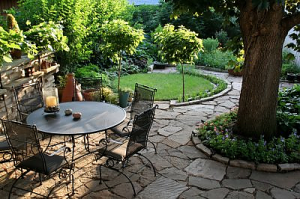 Backyard Lessons seem to come at the most unexpected moments. As I was mowing yesterday I had a thought I’ll share in the next few days. Today, I got an email from a friend and it prompted this post. There was some pretty amazing spider stuff in the email. Before I share that we will have to look at visions and kinds because they are all connected!
Numbers 12 is a strange place to for Backyard Lessons but it is exactly the place to learn about visions. Aaron and Miriam have messed up big time. God orders them ‘to the front of the class’ and straightens out their thinking. His correcting remarks tell us how He spoke to Moses. He didn’t use visions. Other prophets had visions or dark sayings. Not Moses. God spoke to him plainly as one speaks with a friend. Why is that important? Moses wrote Genesis. How did he get the information? From God – plainly!
One of the things we learn in Genesis 1 is the Law of Creation. God commanded plants and animals to be fruitful and multiply. Each thing He created was to reproduce ‘after its kind.’ Think about the animals. Every time God commands them to do something they do it. He commanded them to enter the ark with Noah. They did. He commanded ravens to feed Elijah. They did. He commanded a donkey to deliver His message. It did. This Law of  Creation is why a pig has never birthed a litter of kittens! Kinds reproduce after their own kind. Easy! 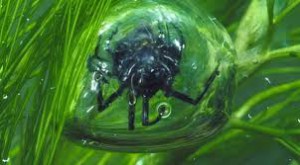 Now, consider the diving bell spider.  This little creature was mentioned in my friend’s email. It lives under water, hunts under water, and spins its web under water. Our European readers might actually see one of these amazing spiders and experience one of our Backyard Lessons. The rest of us just have to read about it and marvel at God’s creative handiwork. Does anyone really think it could have evolved? How many spiders would have drowned before one ‘learned’ to live under water? Learn??? How long does the spider live? Can it learn? How big is its brain??? It makes more sense to believe the truth Moses told: God created it!