In His Image – Hearing The Unsaid

God made Man in His image. But what was left unsaid? Many things! And they are instructive if we look for them. This is an early instance where we learn from things NOT said. And I have found this to be a helpful tool in studying Scripture. Really See what God said. Read it. Absorb it. Then ask: What could God have said? Comparing God’s statements to what might have been said can teach us a great deal! Try it sometime. This post is such as exercise. If we ‘hear’ the unsaid we are better equipped as disciples of Christ.

In His Image – What Wasn’t Said 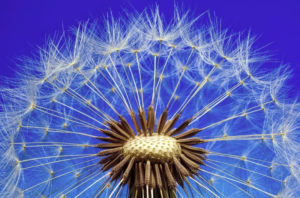 Many things were left unsaid when God created Man in His image. When God made the plants, Moses recorded it with words that note plant structure. He mentioned grasses. Grass seed is often not readily perceptible to our eyes. He then mentioned herbs. One can’t help but notice the seed. And Moses referred to fruits with their seed ‘within.’ It’s all about form.

The animals are given a similar description. The words used to catalog them indicate four-legged domesticated animals, four-legged beasts (wild animals), and things that swarm (insects). They are described according to bodily form or structure. The ‘fish of the sea’ and the ‘winged birds of the air’ are described according to body structure and environment. And how does God describe the creation of Man?

In His Image – It Isn’t Physical 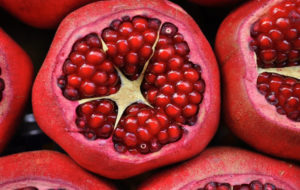 Nothing in the creation of Man notes his physical structure. The Scripture does not mention Man walking upright on two legs, or Man’s lack of fur, feathers, or fins. Man’s opposable thumb is omitted. Man has the ability to communicate abstract concepts with language. That is a God quality. Animals ‘communicate’ danger to herds or young. But none can communicate like Man. A variety of facial expressions are potent communication tools for Man. And only Man has a sense of shame or embarrassment. We call it blushing.

Personality is also unspecified. But Man has knowledge of himself, his feelings, and his will. Man alone naturally walks upright, facing upward. This isn’t mentioned. All of this tells us ‘in His image’ does not primarily refer to physical form. God is a spirit (John 4:24) and does not have a material body. But, He designed Man’s physical body so he could do many things God does:

And the list could go on. This is all learned by reading the conversations between God and Adam and observing what Adam did.

For more fascinating insights, check out Genesis: The Essential Nature of the Beginning. It’s an online course offered by E-quipUs U and taught by Keith Burnett. Just click here.

In His Image – Purpose 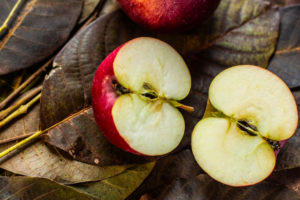 Finally, Man has dominion over creation. God holds His creation together. And He has ultimate dominion and sovereignty over it. In His likeness, God gave dominion to Man. Man’s pre-eminent place in the created order and his ability to affect his environment s no accident. It is part of God’s plan for Man and the earth. You were made for a purpose. The evolutionist sees it as ‘a little higher than the animals.’ That’s NOT what God says! Inspired by the Holy Spirit, David wrote in Psalm 8, Just a little lower than the angels.

You are made in His Image. And that is confirmed by what He says as well as what He didn’t say!

Images: They are illustrations of seeds as discussed in the text