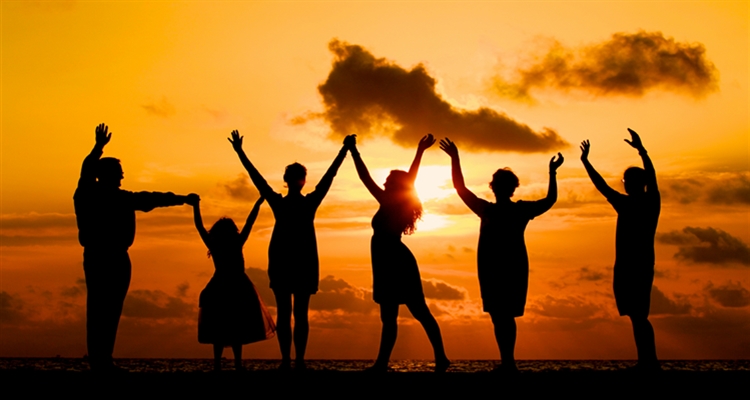 A family can survive without a nation, but a nation cannot survive with the family. That truth tells us a great deal. And I want to unpack just a few things from it. Let’s start at the White House. 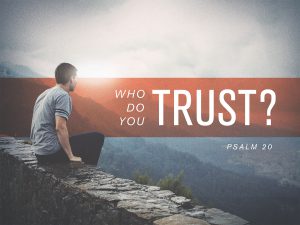 A viewer requested a devotional about the family in response to our recent Facebook Live post. When I posted Bro. Bob: Earaches, Moms and Psalms I wasn’t looking at it in terms of family, but there’s much to learn about family in that piece. And since we are winding down on a long election season, a note on government is in order!
Our nation is in peril. Most would agree on that. But answers won’t come from the White House. Two Scriptures come to mind regarding our dependence on governmental leadership. The first one addresses it directly:

Some trust in chariots and some in horses, but we trust in the name of the LORD our God.

The contrast is the object of our trust. We can trust:

We know the right answer. But if trusting the Lord is the right thing, is government going to teach us that? You know that answer as well!
The second verse may be even more familiar:

Righteousness exalts a nation, but sin condemns any people.

So where does one learn righteousness? 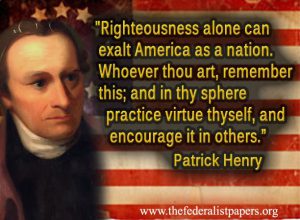 If your answer was, The Church House, then you are partially correct. And this touches on a great lie Satan has pushed onto God’s people. I have reached the place where I can say I have decades of ministry experience. People in the Church often have the mistaken idea that it’s the Church’s job to raise their children in the fear and admonition of the Lord. The job of the Church is to help in that process. And a good Church will do that.

This is where it’s all meant to happen. This place verifies the truth of the opening quote. If you clicked the link above and saw the entire verse from Ephesians you saw who has the primary responsibility for righteousness. It’s fathers. And that lets us connect all three houses!

We have a rather deplorable scene in the political arena. We want to blame the candidates. That’s far easier and much less painful than the truth. The muck of lies and corruption we see daily are a symptom of failure in families. That failure didn’t start yesterday. It, too, has been going on for decades.
Can we benefit from righteous leaders? Absolutely. But righteous leaders are most often forged in the fire of Godly families led by Godly men. Those families will change the Church. And healthy churches who understand their commission to make disciples who in turn make disciples will change the nation.
So what’s the answer. Today the answer is prayer. I see no other. And what should our prayer be? First, we offer prayers of repentance. You think that’s not necessary because you did a pretty good job with your family. Even if that’s true, the prayer is in order. Why? Because as a nation we have not done very well. The evidence is all around us. Just turn on the news. And if righteous men like Isaiah (see chapter 59) and Daniel can pray prayers of repentance for their nation, we should follow suit. 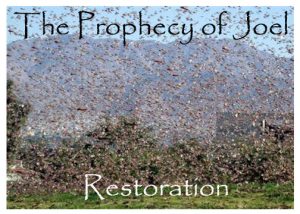 Second, most of us fathers are willing to admit that we tried our best to raise righteous children. We probably didn’t succeed as well as we would have liked. Our gracious, loving heavenly Father also addresses that. Notice what He tells us through the prophet Joel:

So I will restore to you the years that the swarming locust has eaten, the crawling locust, the consuming locust, and the chewing locust, My great army which I sent among you. 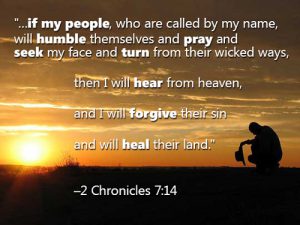 Righteous leaders are built in the family home. If/when there is a lack of them the only answer is the mighty hand of God. He can, and will, restore what His people have lost. But it begins with His people, who are called by His name, humbling themselves and turning from their sin. That sounds a lot like a prayer of repentance. And remember, repentance is good, good word. It is allowed by the grace of God!