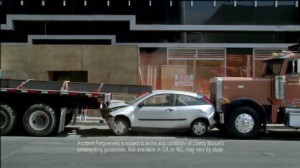 There’s a funny commercial on TV about the difficulties humans have because of other humans. A homeowner cuts a limb off his tree and the limb smashes the neighbor’s car. In another scene, a small car is parallel parked between two trucks. The truck in front repeatedly backs up and the little car ends up looking like an accordion. Sometimes, we can be our own worst enemy. A young man whose name we don’t know helps to illustrate my point. 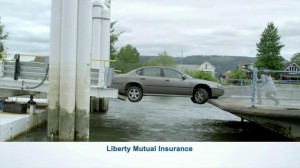 drew his sword to defend Jesus. Peter missed his mark and cut off the ear of the high priest’s servant. Jesus rebuked Peter and healed the young man. What happened to that servant? We aren’t told. He was serving those who wanted to crucify Christ. Yet, Jesus shows him kindness, mercy, and healing.

Are You Hearing It All

My twisted sense of humor finds a smile here. A frequent admonition in Scripture says, ‘He who has ears to hear, let him hear…”  Those words are followed by ‘the word of the Lord,‘ or ‘what the Lord says,’ or something similar. There’s no doubt this servant has heard of Jesus. But for a few seconds, one of his ears was missing. He could certainly hear more about Jesus, but that would be much easier with both his ears! Did his restored ear make it possible for Him to hear the message of Jesus?

Are Your Actions Drowning Out Your Words

I believe those events had a profound impact on that young man. First, Jesus’ loving act would allow this young man to hear and consider Jesus’ message. The restored ear was a secondary method for perceiving Jesus’ claims. But I imagine every time he touched his ear he remembered Jesus’ touch. “He that has an ear…” had added meaning to this young man.

Christians want to tell people how much Jesus loves them. That’s good and necessary. Sometimes they can’t hear what we say for the things we do. Their “ear” has been cut off by rude, angry words or by cruel, heartless actions taken by those who name the name of Christ. We need to restore their hearing. We need to give them the ability to hear and consider the claims of Jesus by the loving actions we take on their behalf.  He who has an ear, let him hear what the Spirit says to the Christians!  Think about it.