Christmas Manger: Trivial Pursuit – NOT What You Think! 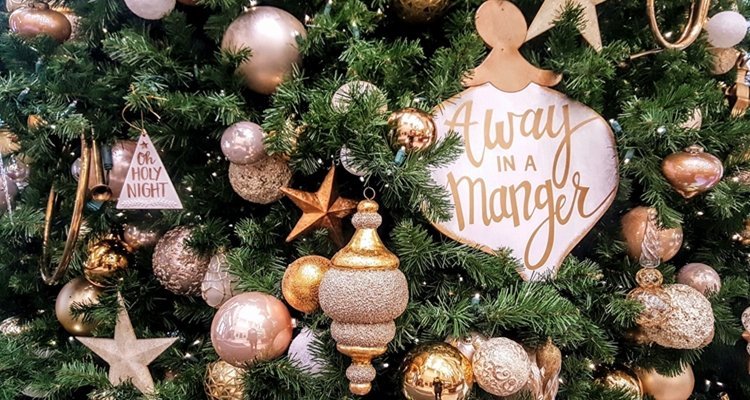 The manger of Christmas… It’s an awesome revelation. But like many things in Scripture, we have heard it and read it until we no longer have a sense of awe much less any curiosity. That’s unfortunate. And this series of posts is my attempt to give you two Christmas gifts: Awe & Curiosity. So, enjoy!

In a ‘Christmas past’ you may have received a game called Trivial Pursuit. Trivia can be nothing more than fun facts that others don’t know. But when it comes to the Bible, minute details (trivia?) can be very instructive and insightful. That is the case with one of the most familiar aspects of nativity scenes.

Let’s be thorough. Our traditions and preconceived ideas can keep us from fully seeing and understanding Scripture’s message. Don’t think so? How many Hallmark cards have three kings at the stable with the shepherds? How many nativity scenes display a wooden manger? Read the accounts of Jesus’ birth in Matthew and Luke. The magi (a group not numbered and not said to be kings) brought their gifts to the house (not a stable) where the Child (not the Baby) was. The shepherds worshiped the Infant. And then there is the manger. Those were more often comprised of rock than wood. See how easy it is to have a misconception? Details matter. So join me in this pursuit of Biblical detail. It’s anything but trivial!

The word we see as manger is used 8 times in the Bible. Four of those are in the Old Testament. And each of those is rendered as crib. The other four are in the New Testament. All are in Luke’s Gospel! Each is rendered: manger. One is almost forced to ask why he was the only writer to use the term. We should always read the Bible with a question mark in view. The more questions we ask the more we learn. And this is why I’ve added the tag how to study to this series of posts.

The root word means to eat or chew. It denotes a place where animals eat the fodder put out for them. There is a connection I probably won’t fully develop in this series. It comes from a great book I have recommended previously: Eat This Book. The title comes from God’s instructions to Jeremiah and to John (in Revelation) to eat the scrolls. The word eat, in these settings, carries the idea of ruminating, gnawing, or lingering long over the food. You can order the book through the link in this post.
Manger is used three times in Luke 2. Just let your mouse hover over the references below to see each one:

Getting back to my constant recommendation and practice… We know what happened. The stable, the angels, shepherds, and journey to Bethlehem are very familiar. But ask the Why question! Start with this:

Could God have done things another way?

The answer is an easy, Yes! The fact is He didn’t do things another way. Then we ought to be asking:

Why did things have to be the way they were?

There must be reasons and we probably can’t determine all of them in this life. But I’ll give you one more question for consideration:

Does God do random?

The answer is a resounding, No! Why? Consider this very short list of things we know about Him. He knows:

Those truths are inconsistent with randomness or happenstance. So, I ask again, why did things happen in Bethlehem as they did? What ‘manger message’ was God communicating to us through Luke? That’s where we go next!