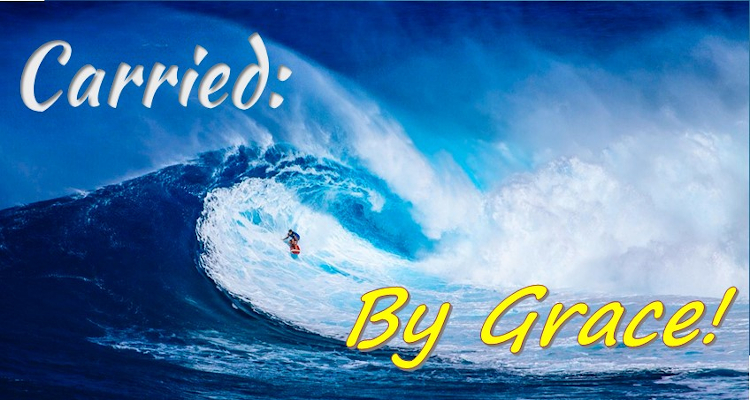 Grace is a captivating study. It has been the subject of several recent teaching sessions and I just don’t seem to be able to let it go. So, here’s a question: Who is most qualified to tell us about grace? The ‘Sunday School’ answer would be: Anyone God inspires to do so. Got that! But have you ever noticed God doesn’t let our experiences (failures) go to waste? And that’s the case with two Biblical writers who experienced great grace! And their experiences inspire and instruct us.

We readily associate the Apostle Paul with teachings on grace. But Peter? Yes! This post – in both forms – takes a brief look at Peter, the man website. It helps give us a picture of what grace looks like. And looking at the reasons Peter experienced grace gives added emphasis to what he wrote about grace. So, the video will unpack all this for you. Then for future reference, you can always check back here to see these teaching notes!

And this may be why it’s so easy to identify with Peter. He was as ordinary as people come. But God used him, just like God still uses ordinary, everyday people today…like YOU! And that’s just one reason for my constant reminders that Helping Hands make many things possible. We do not serve the King and His Kingdom alone. We serve in community. And this ministry is just one proof of that fact.

We see Peter’s transformation as we read the Gospels and Acts. But what did it take for these changes to occur?

The video develops these verse further as it relates to how Peter’s transformation was accomplished. That’s important, because you and I are to be transformed by the renewing of our minds, Romans 12:1-2. And how that took place in Peter is the same way it will take place in us! Grace is the beginning of our bringing glory to our Father.

Peter: Called, By Grace, To Be An Apostle

Remember: all of us are called. But from time to time we need to be reminded of that. Jesus called Peter in the ordinary routines of Peter’s life. He was fishing and he dropped his nets – his livelihood – and followed Jesus.

Peter: Experienced In Grace And Persecution

Peter knew his subjects very well. The opening of his letter was to encourage believers who were suffering persecution. And seeing that first makes it easy for us to overlook his encouragements toward grace.

The conclusion is a simple listing of the references Peter made to Grace. And knowing the ways he experienced grace and seeing how he expressed that experience should bless you and equip you!

Because of the surpassing greatness of the revelations, for this reason, to keep me from exalting myself, there was given me a thorn in the flesh, a messenger of Satan to torment me—to keep me from exalting myself! Concerning this I implored the Lord three times that it might leave me. And He has said to me, “My grace is sufficient for you, for power is perfected in weakness.” Most gladly, therefore, I will rather boast about my weaknesses, so that the power of Christ may dwell in me. II Corinthians 12:7-9

For I am the least of the apostles, and not fit to be called an apostle, because I persecuted the church of God. But by the grace of God I am what I am, and His grace toward me did not prove vain; but I labored even more than all of them, yet not I, but the grace of God with me. I Corinthians 15:9-10

About the cover image: Did you see the surfer on the wave? In the raw image I saw the great wave of God’s majestic grace and failing, faulty people like me carried forward by it.