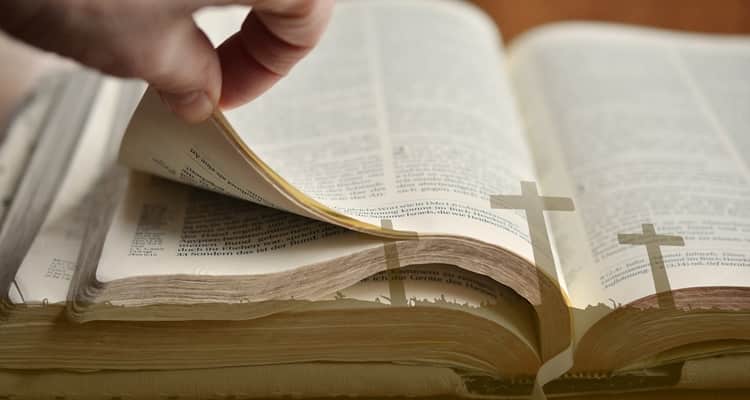 The Bible is trustworthy. Skeptics have discounted, mocked, and ridiculed it for centuries. But to this day there has never been an archeological discovery that disproves anything in the Biblical record. However, there have been numerous discoveries that confirm Biblical events, places and people. Ultimately everything is a matter of faith according to Hebrews 11:6. But I find it encouraging to see and recite the many evidences preserved for our faith. This post is one of those. I hope you are encouraged by it.

The Bible And Prophecy

Prophecy fulfilled is a compelling reason to view the Bible as trustworthy. And there are hundreds of specific prophecies that have been confirmed. The unconfirmed ones are about things and times in our future. And knowing past prophecies have been trustworthy gives us every reason to believe what the Bible says about our future! So let me invite you to an Old Testament spot you probably don’t visit very often. Ezekiel 26:3-6 is God’s statement of judgment on the city of Tyre:

‘Behold, I am against you, O Tyre, and I will bring up many nations against you, as the sea brings up its waves. They will destroy the walls of Tyre and break down her towers; and I will scrape her debris from her and make her a bare rock. She will be a place for the spreading of nets in the midst of the sea, for I have spoken,’ declares the Lord GOD, ‘and she will become spoil for the nations. Also her daughters who are on the mainland will be slain by the sword, and they will know that I am the LORD.’

‘Also they will make a spoil of your riches and a prey of your merchandise, break down your walls and destroy your pleasant houses, and throw your stones and your timbers and your debris into the water. So I will silence the sound of your songs, and the sound of your harps will be heard no more. I will make you a bare rock; you will be a place for the spreading of nets. You will be built no more, for I the LORD have spoken,’ declares the Lord God.

History is a favorite subject for me. And that may be why I find things like this so fascinating. Several historical figures are connected to this prophecy. And it’s fairly easy to verify. The two most notable names are Nebuchadnezzar and Alexander the Great. History gives us the fulfillment of Ezekiel’s prophecy.

Tyre was a city on the Mediterranean coast. It was about 20 miles long. Nebuchadnezzar laid siege to it in his conquest. That siege lasted over a decade! During that time many of the residents moved to an island about a half mile offshore and started a new city (Tyre II?). The island city was noted for its fortifications and Nebuchadnezzar chose not to pursue the people on the island. So Nebuchadnezzar met the first part of Ezekiel’s prophecies.
Notice the components of the prophecy:

The coastal city was in ruins for over two centuries while the island city grew and prospered. Then, around 333 B.C., Alexander the Great marched his armies (from many nations!) through the area. He was on his way to conquer Egypt. But he wasn’t going to leave Tyre alone.

How does one conquer an island city? The solution Alexander chose was to build a causeway (and land bridge) from the coast to the island. What did he use for material? His armies scraped up the debris of old city of Tyre and dumped it into the ocean – even the dust of the old city site was poured into the water. And today, fishermen spread their nets on this site.

The Bible Is Reliable

The battle for Tyre is somewhat interesting and there are some links below my sign-off if you’d like to read more. But I’ll stop here. My goal was simply to encourage. And I hope I have succeeded.