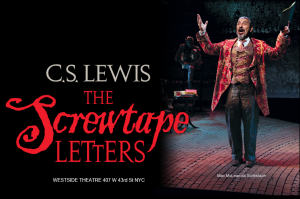 This post’s title should be The Power of Positive Pleasure. The series will be a bit unique. Posts will serve as Reviews and Recommendations. But they are also intended to be encouraging, challenging, devotional thought. Our age of short attention spans, short Tweets, and 20 second news clips has endangered deep, critical thinking. I can’t think of a better way to revive that kind of thinking than spending time with some of the giants of the Christian faith. One of my favorites is C. S. Lewis.
Misconceptions can be dangerous. That is especially true if one has a misconception about God. One of those is the Cosmic Killjoy God. It goes something like this:

He is all Thou shalt not, full of wrath, waits to ‘get you’ when you mess up, and doesn’t want you to have any fun.

That’s a pretty good contrast to the Power of Positive Pleasure! And Lewis uncovers this truth in his classic satire, The Screwtape Letters. 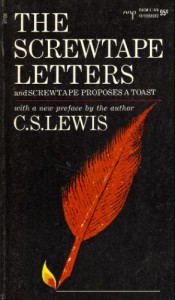 Screwtape is a demon. He has a young protege named Wormwood. The book is Screwtape’s instructions to Wormwood about the effective temptation and corruption of the Enemy’s children (Christians).
At one point Screwtape takes Wormwood to task for allowing his ‘patient’ to read a book he very much enjoyed and also allowing him to take a walk in the countryside that filled him with joy. Screwtape calls these pleasures a danger. Then he adds:

The man who truly and disinterestedly enjoys any one thing in the world, for its own sake, and without caring twopence what other people say about it, is by that very fact forearmed against some of our subtlest modes of attack. You should always try make the patient abandon the people or food or books he really likes in favor the ‘best’ people, the ‘right’ food, the ‘important’ books. I have known a human defended from strong temptation to social ambition by a still stronger taste for tripe and onions.

Screwtape lets Wormwood know that any pleasure in its healthy, satisfying form is the Enemy’s (God’s) territory. Many souls have been won through pleasure, then Screwtape added, All the same, it is His invention, not ours. He made the pleasures; all our research so far has not enabled us to produce one. 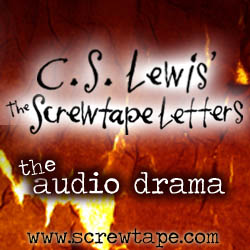 Think about that. Our enemy’s tackle box is full of imitation pleasures. They are in many cases perversions of the real thing. He paints an enticing  picture of pleasure but it’s an illusion. He never shows the pain, hurt, or disappointment his trickery brings. In his heart, Satan sought to be like God. His illusions prove his desire hasn’t changed. He just doesn’t have anything real to offer! He’s still an imitator, not Creator.

Want a little insight into this idea? Download The 29:29 Principle – Drinking From the River of God’s Pleasures. I highly recommend getting a copy of The Screwtape Letters. Links, including an audio/theater version, are included below for your convenience!

[P.S. – in advance!] – The website is undergoing a complete makeover. Please pray. It can be self-defeating to post new content when you are trying to migrate all the old content. With that said, this post was originally published in August 2014. But I still find myself recommending this book (and others in this series) to people. I did it again just several days ago. And it always amazes me that believers are not aware of some of these great, classic devotional resources. The off-site links probably won’t work. The one in the paragraph above should be fine (see comment about updating site).