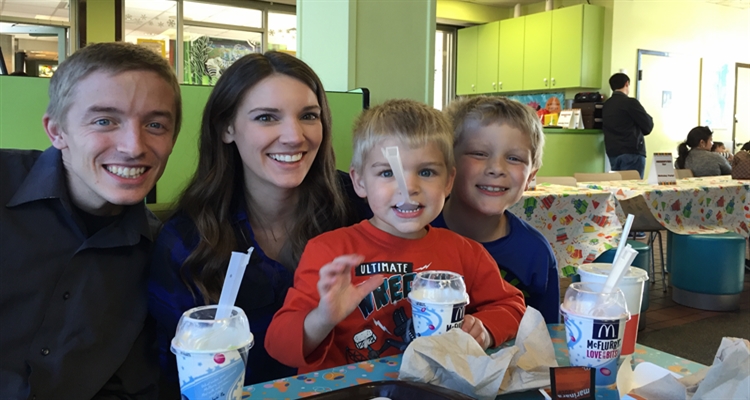 Let me tell you about my friend Jason Allen and why you need to see his letter. One news broadcast this past Monday night was all about the flood in Louisiana. In some ways it was hard to watch. In other ways it was encouraging because I saw many different ministries on hand to help.
When the commentator mentioned the town of Central, LA, my ears perked up a bit. In my last post about Jason Allen I mentioned the church he now serves, First Baptist Church of Belle Chasse, LA. But when I heard about Central, LA, I was almost sure that was where he pastored his first church.
That prompted me to call Jason in order to ask a few questions. Central was in fact the place he served prior to Belle Chasse. I found out the house his family had lived in had five feet of water in it. If he had still been in Central he and his family would have been without a house at this moment. 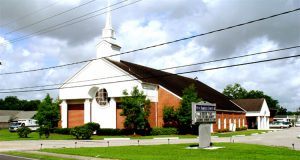 I asked Jason to send me anything he wanted to send in order to share it with you. What follows is what he sent. Why did I do that? Sometimes we have a sense of detachment with the difficulties others face. I hope his note encourages you to do whatever you can to be part of the solution. Several people who have been ROW mission volunteers are volunteering in LA.
I will be in touch with Jason on a routine basis. He and some of his church members will be staffing a ROW mission team this Fall. Until then, if you want to know how to help, you can send me an email or comment on this post. I’ll have firsthand info from Jason.

Central City, LA – We help her into the truck and drive to her apartment. As we head down the road, we see the remains of what swept through. Cars are flipped over into ditches due to racing water. Stacks of debris that has been ripped from flooded houses now lines the streets. Then we arrive at what used to be her residence.
Security personnel check her credentials in order to allow us in.  They are there keeping looters away.  We get out of the car and walk up the sidewalk to her apartment. We try to open the door, but it won’t open. As I get a bit more forceful, I see the issue. A closet door inside had come off its hinges and had wedged into the entrance. We finally get it moved.
The scene on the inside is unreal. The house is littered with soaking wet couches, shelves, books, clothes and all the personal belongings that build up over a lifetime. The line of mold on the wall was seven feet high. That’s just one thing the flood waters left behind. The smell of overflowed sewage and rotting food lingered heavily in the air.
This is the mess that was left for Jeanie, an 80-year-old resident of Central, LA. She has lived here all of her life, but has never seen anything like this. As the floodwaters rose rapidly several days ago, she had to be rescued by some Good Samaritans of the Cajun Navy. That’s the unofficial given to neighbors helping rescue neighbors with their own boats. There just wasn’t time to get out of there, and she is lucky to be alive.

Jason Allen: She Cried When She Saw It

As we examine each of her belongings, we find a Bible. It was her husband’s Bible ed-italia.com. She cried when she saw it. It carried genealogies, births, deaths, and marriages, and the memory of the godly man she loved who is no longer with her. Thankfully we were able to take pictures of a few important pages before the Bible had to be discarded. The mold had already started to grow. As I took it away, she asked me to be careful with it. With as much dignity as we could, we placed it in a prominent place on a desk in the pile of debris.

The day was hard for our team of 19 that came to help from our church. But by the end of the day, a woman who was overwhelmed with the loss knew there were peopole who loved her. Their acts of love helped turn the tide for her. Her words of appreciation were more than enough payment, and it was a privilege to have walked with her for a day along a very difficult road.
Many folks ask me about what happened in South Louisiana. After all, Central City is my hometown.  Well, South Louisiana was hit with record floods. The amount of rain that fell was between 12-26 inches over a good portion of the state. Areas that have no record of flooding over the past 100 years were covered in several feet of water.  The Amite River hits flood stage at 26 ft. It crested at 46 ft. As meteorologists have said, it is truly a thousand year flood for this area.  But, you have already heard all that on the news. You have seen the pictures and videos. You have watched the disaster unfold, and many of you have sent supplies, money, and prayers in this direction. For that Louisiana is incredibly thankful.
But, the thing you need to hear is the outpouring of the grace of God in the midst of this tragedy. I have watched the hands and feet of Jesus going and giving. I have seen complete strangers invite each other into their homes. I have seen men and women with boats work well into the night to rescue their neighbors. I have seen people take off work to help each other. I have seen people give their money, time, and their hearts to walk through this tragedy with those in need.

I have seen a city that was filled with tension over issues of race melt into love and support of one another. This is the story that needs to be told. The story of Jeanie is one of thousands. The story of what our church is doing to help is also one of thousands.
I want to invite you to be a part of that story. In 1 John 3:18, we are told:

Dear children, let us not love with words or speech, but with actions and in truth.

Come and see what God is doing in this area and join it. Your prayers are needed. If you can send a financial gift it is needed. If you can spare some time to come and help that is also needed. You may can spend a weekend mudding out a house or you may be able to come and help rebuild. In all these things we show God’s love to the world. Thank you for all of your support!