Your Interruption: God Is At Work! 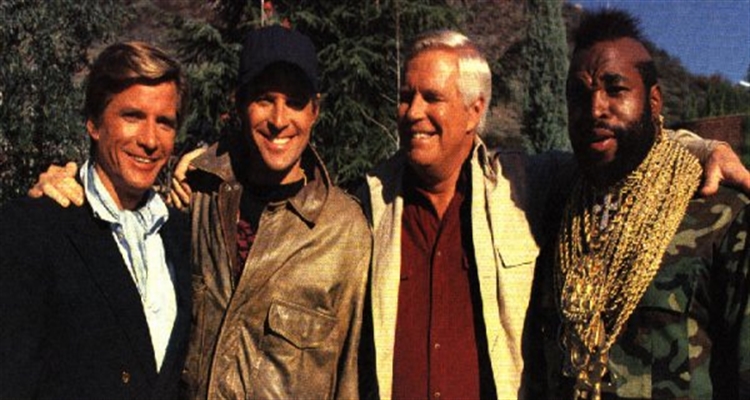 This has been an A-Team mission all the way. The recurring quote in the series, and in the 2010 movie remake, was:

I love it when a plan comes together!

And that is a good summary of a week that has been filled with interruptions, divine appointments, and people coming to faith in Christ. How many ways can God get his servants where He needs them to be? 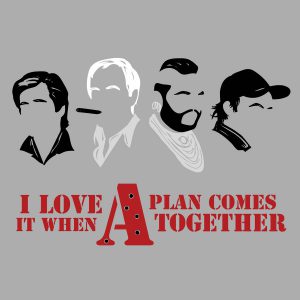 As much as we loved to watch Hannibal Hays, Mr. T, Face, and Howling Mad Murdock, they don’t hold a candle to the real A-Team. God the Father, Son, and Holy Spirit work in ways we cannot see. The Father’s ways and thoughts far exceed our own. Events of this week bring Acts 8 to my mind. The Ethiopian man was reading Scripture. He had no one to explain it. God sent Philip! Like all of us, Philip probably had some things on his own agenda when his day started. God had a better plan. That has been true for us this week!

We asked you to pray for our team as they went back to the batey school. That took a little planning. Drivers, timing, and vehicles were all part of our plan. And our plan included:

We thought that would just about cover it. Well, the One Whose ways and thoughts are high above ours had another plan!

A-Team: I Love It When A Plan Comes Together 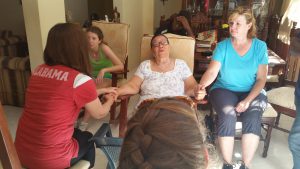 Our plan was good for part of the day. The ministry visits were fantastic. Our team visited in homes to pray with some of the sick and elderly of our host church. That turned out to be a great encouragement to all involved. Then the interruptions began to occur.
The vehicle had problems. So the team walked from one visit to the next. While they made that visit the driver was supposed to come back and get them on a street corner near that last visit. The CMT finished the visit and arrived at the pre-arranged street corner. There was no car or driver. 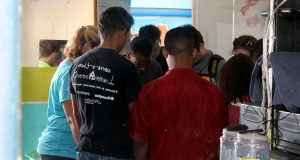 The leaders didn’t think it wise to just hang out on the corner. They decided to go into the corner barbershop. Who knew they would be there on that day? Conversation developed and the CMT learned the barber was a believer. He eventually asked if the team would pray for him. They did. And the next part will blow your mind!
A young man was walking down the street. He had obviously heard the Gospel at some prior point in his life. Did he just happen to walk by the barbershop at the exact time our CMT was in there praying for the barber? He heard the prayers and recognized what he was hearing. He came inside. Then he asked his own version of the question the Apostle Paul answered in Acts 16:

Sirs, what must I do to be saved?

The Facebook post has some of the pictures of these events. It obviously doesn’t have an explanation of events surrounding each picture. But that’s not all.

The A-Team: Lessons In Grace

The CMT did finally get back out to the school. And they were later than our plan allowed due to the vehicle issues. The team had a great time sharing the Gospel with most of the students at the school. Each student was allowed to make a Gospel bracelet. And of course a full explanation of the Gospel accompanied that exercise. That time further built the Kingdom and I am confident it will continue to bear fruit. But there was one more stop to make.
Our guys had put a gift package together. It was for the family in whose home we poured a floor on Tuesday. That family had a newborn. It was a lot for our moms to handle when they saw:

They made one last home visit for Wednesday. All the belongings were back in the house. The family was so appreciative of the new concrete floor. Our team explained it was customary in the U.S. for new moms to receive gifts for herself and the baby. This young mother was speechless. And in keeping with Dominican customs, she would have been a poor hostess had she not offered something to her guests. She did. She asked if they wanted some juice or a soft drink. 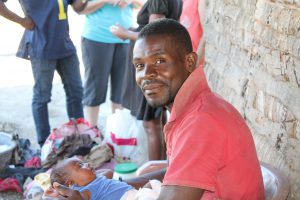 Our guys immediately thought to say, Juice. They suspected that soft drinks would probably cost money and they did not want to be a burden to her. When she heard their answer, she grabbed a few coins from a cup and sent the oldest child to buy some juice. Our team learned the grace of allowing another person the privilege of giving.

All in all, it was a very eventful day. You and your prayers were a big part of this day. Our Father was at work in ways we cannot see. And as the rest of that song lyric goes, God will make a way

Be careful what you call an interruption. It just might be God at work!