Encouragement: You Have the Very Best 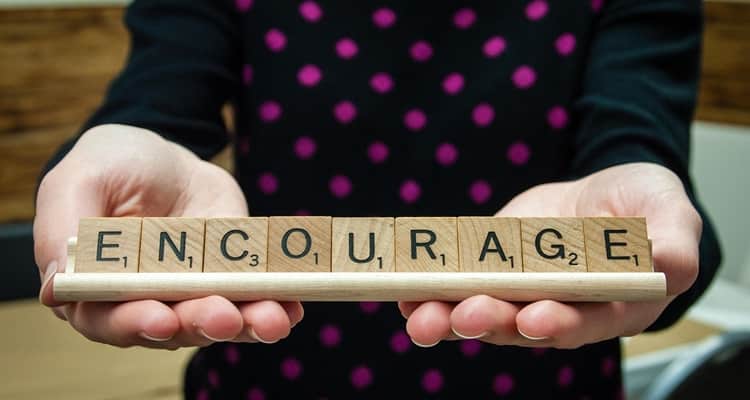 When was the last time the heavens seemed to be as brass? Did you need encouragement? You prayed, you cried out, and it all seemed to fall flat. Worse, you begged God to speak a fresh word to you and all you heard was the crickets chirping. I have some encouragement for you. The Father has not stopped speaking. But you may have been tempted to believe otherwise.
In Hebrews 1:1-3, we find:

God, after He spoke long ago to the fathers in the prophets in many portions and in many ways, v. 2) in these last days has spoken to us in His Son, whom He appointed heir of all things, through whom also He made the world. v. 3) And He is the radiance of His glory and the exact representation of His nature, and upholds all things by the word of His power. When He had made purification of sins, He sat down at the right hand of the Majesty on high; having become as much better than the angels, as He has inherited a more excellent name than they.

The Encouragement of Invitation

Now, our Father communicates through One like Him; the Son. His message says we can exchange our sin for His righteousness. If we do, we can join the royal family. We get to be joint-heirs with Him! Remembering that is a great encouragement. And added to that is a Divine invitation. We see one version of it in Hebrews 4:16.

The Encouragement of His Excellency

God’s Son is not merely a prophet. The people who thought He was just a prophet (John 9:17) were wrong. Their error was not seeing that the goodness of every prophet of any age is met and exceeded by Him. And proof is provided in Philippians 2:9-11.

The Encouragement of His Word and Power

In His speaking, He is without mistake. His Word divides between soul and spirit. In power, He is unmatched. Moses directed the wind that divided the Red Sea, but the power was not His. In fact, His direction took place because he was instructed to give it!  Jesus holds the power. The power to make fire fall from the sky did not reside in Elijah. Jesus has that power and He is without peer.

The Encouragement of His Life

Every prophet was laid to rest. Jesus has power to lay down His life and take it up again. No matter the features or appearance of the prophets and Apostles, His beauty excels them all. They commanded respect, but His majesty is without equal. In every aspect of life, Jesus surpasses and excels them all. The degree to which He does so cannot be described in human vocabulary!
The Father could not have sent us anyone better. And this is the One He sends to say to you,

Love Me with all your heart, soul, mind and strength.

In verse 2: “… whom He appointed heir of all things.” Why do you suppose this phrase is included? The Father is telling us Jesus, His Son, can deliver on any and all promises that have been made to us. How can He do this? He is the heir of all things. Nothing that is, or ever will be, can exist outside His possession and control! EVERYTHING is subject to Him.  Consider:

This is the One from Whom we receive so great an invitation to love. If we do not hear what He has to say, we will not hear.

In Eat This Book, Peterson cites Psalm 40:6. Depending upon the translation, the words will convvey that God is opening our hearing or our ears. The Hebrew word we translate as opening literally means dug. Think of chiseling a hole into cement. That cement is my head (not flattering, I know). God has to cut away what is me in order to open my understanding of Him. The awesome part is, He is willing enough, able enough, and loving enough to do it.
I’ll leave you with these great words of David from Psalm 40:

How blessed is the man who has made the LORD his trust, And has not turned to the proud, nor to those who lapse into falsehood.  Many, O LORD my God, are the wonders which You have done, And Your thoughts toward us; There is none to compare with You. If I would declare and speak of them, They would be too numerous to count. Sacrifice and meal offering You have not desired; My ears You have opened; Burnt offering and sin offering You have not required. Then I said, “Behold, I come; In the scroll of the book it is written of me. I delight to do Your will, O my God; Your Law is within my heart.”

Here is my prayer,

Lord, keep digging; I want to hear You better and know You more!

Surely I am not alone in needing to pray that prayer. Think about it!