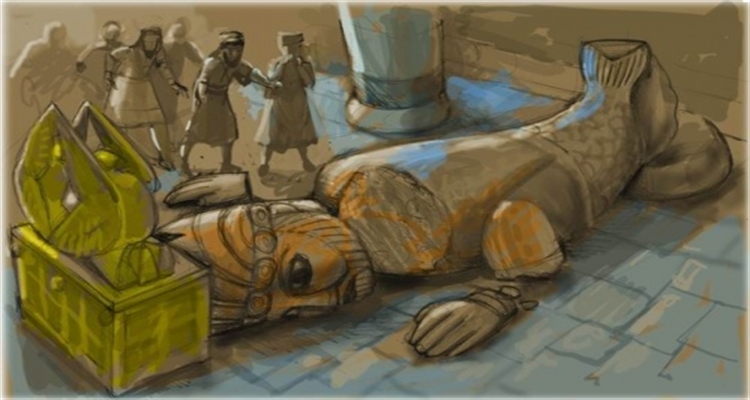 Truth has been the subject of this week’s pastor training school in Samana. Truth is objective and absolute. And learning the skills necessary to discover the truths God has put into His word is a necessary skill for every believer. But what if we are blind to the truth? A short passage in the Old Testament is a great example. And we can learn a great deal from it!

I Samuel 5 gives us an insightful, short story. It is profound in its simplicity. And there is much to learn for those with open eyes and ears. Here it is… 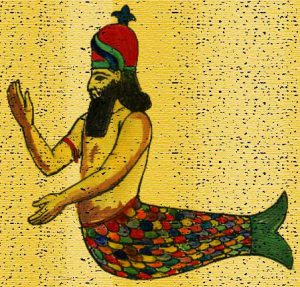 The pagan deity was half fish and half man. And God’s enemies believed they had conquered Him by conquering His people. God allowed the defeat in order to correct His people. They had failed to honor Him and obey Him. And this account tells us God is more than capable of honoring Himself when His people fail to do so.
The most obvious truth of this passage is: God is the one true God – there are no other gods before Him. But there is another lesson here. It is both humorous and painful.

The discovery of the first morning was dagon bowing down (fallen over) before the Ark of God. What would you think if you had to put your god back in place? If he really is a god, wouldn’t he be capable of doing that himself? But these pagan priests refused to entertain the thought. They set dagon back up and thought all was well. 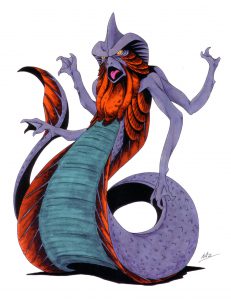 Oriental depiction of dagon with hands up

The second morning was much worse. This account indicates that dagon’s depicted form was that of both hands raised. When the statue fell the hands and head were broken off on the threshold. The symbolism is amazing. Hands would represent the ability of a ‘god’ to do his will. The head obviously represents the ‘god’s’ ability to think, plan, and communicate. These were the things taken from the ‘god’ dagon.
Did these priests even pause to consider that? They did not. That would have required a change in themselves and their world view. They simply stitched their ‘god’ back together and instituted a new tradition: Nobody can step on a threshold. That is first-class blindness. But don’t laugh at them. We are surrounded by, and afflicted with, the same problem!

It doesn’t take much mental capacity to see willful blindness in world news. We are repeatedly told that one terror attack after another can’t possibly be terrorists. They must be lone actors. That’s easier to believe than to admit there is an evil ideology in the world and it is at war with everyone else. But that’s a political observation. The same problem of blindness exists in the Church!
You are already thinking that Christians have the Truth and we are not blind to anything. That’s the same problem the Pharisees had. And Jesus had a lot to say about that! So here are some questions to ponder:

There are other questions I could pose. But let me close with this one. What is the truth of our mission for Jesus and His Kingdom? Is it to build bigger buildings and congregations? It’s apparent that many people believe that. Is it working? And isn’t the real mission this:

Make disciples of all nations…

As I told the class yesterday, we are commanded to make disciples. And there is a difference between making church members and making disciples.