Another Demand Met on Good Friday

Sin’s curse of pain was met on Good Friday (previous post). That portion of sin’s destruction was connected to childbirth. But the pain of sin was not limited to women. Men also share in this element of sin’s curse. And in ways you might not think, Jesus bore this part of God’s judgment of sin on Good Friday. 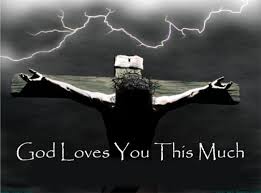 The curse of sin brought sorrow to women in childbirth (Genesis 3:16). Sin’s curse came upon the ground. Consequently, Man would toil to raise his food and eat of it in sorrow through all of life (Genesis 3:17).

Jesus was grieved when Mary and Martha lacked faith in Him (John 11:35). He knew the sorrow of being betrayed and denied by those close to Him (Judas and Peter).

Sin’s sorrow was borne by Jesus. Sorrow and tears will pass away because of all Jesus did on that first Good Friday. Celebrate if you know Him. If you don’t know Him, His victory over sin can be yours. And that viictory is over everything sin has touched and destroyed! .