Adversity: How To Advance 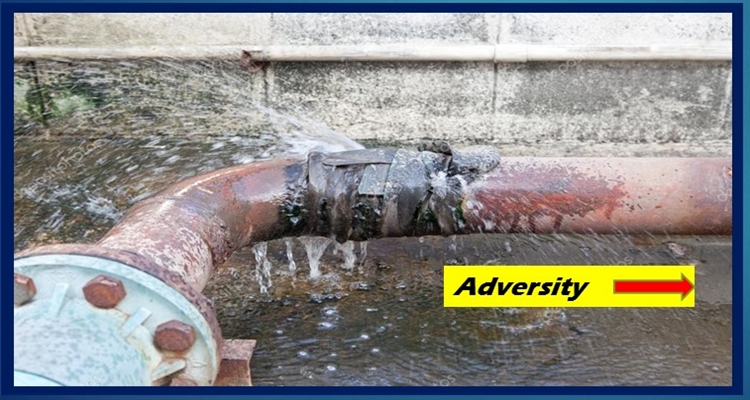 Adversity: How To Advance

Adversity. We all experience it. But what do we do about it? We can throw in the towel, throw up our hands, throw a fit, or advance. Advancing is the correct choice. But how is that done?

The cover picture represents a current bout with adversity. In fact, it was this week! At the end of this month’s second deep freeze my wife and I got a away for a few days. There were plumbing issues when we left but nothing major. I had called a friend in the plumbing business and he agreed to send someone out the next day even though we were going to be on the road. We thought all was well. 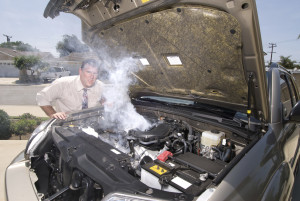 I had THIS kind of adversity TODAY!!!

We returned late Monday and there was water in several places it should NOT be! And there were places under the house that looked a lot like my cover picture. I would love to tell you that I handled all that with ease, grace, gentleness, and fervent prayer. You can rest assured I did not kneel down in the crawlspace of my house and pray:

Lord, thank You for this adversity You have allowed in my life.

We had driven 800 miles that day. I was tired. We needed a functional bathroom, and there were at least two dozen things on the agenda for Tuesday. Items that needed my undivided attention included: 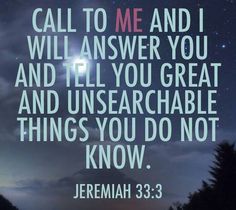 There wasn’t time for this and the clean-up that would necessarily follow! Adversity had struck again…and this was just the latest episode. Have you been there? Can you identify? What do you do?

But wait! This little adversity was not the same as getting a terminal diagnosis, discovering your child is on drugs, uncovering an affair involving your spouse, or the pain surrounding a divorce. And this little episode certainly wasn’t the persecution or martyrdom suffered by many believers. So what kind of diversity does the Scripture address? Answer: adversity. It just comes in a variety of shapes, sizes, and degrees!

It is James who lets us know our trials and temptations come in various shapes and sizes. James 1:2 says we are to:

Consider it all joy…when we fall into various trials, knowing that the testing of our faith produces endurance. 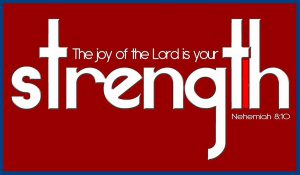 The word various means variegated and/or multicolored. So by this we know adversity comes in many shapes and sizes. There isn’t a list of spiritual adversities and secular adversities. We can easily see the spiritual connection if someone is on trial for their faith. But what about routine stuff like leaky pipes? I was kept from Kingdom things (see my list above) by this plumbing incident.

And isn’t it just like a subtle enemy to use routine stuff to distract us? Of course it is. But most of us will never make the connection to these routine, daily adversities. That’s why it’s so insidious. He wants us to give up. But Paul provides us with a good example and the proper mindset:

I press on toward the goal for the prize of the upward call of God in Christ Jesus.

But Paul’s purpose in pressing on was stated in the prior verse, Philippians 3:12. We press on in order to grasp the purpose for which Christ has laid hold of us. The size of the adversity is unimportant. What is important is that we press on. How do we do that?

Believers in the early Church suffered intense persecution. It’s reasonable to believe they were tempted to give up on God just like folks today. Maybe you’ve faced that same temptation to stop trusting God. God’s Word addresses that moment, no matter when we face it. The writer of Hebrews was inspired to say:

Think back on those early days when you first learned about Christ. Remember how you remained faithful even though it meant terrible suffering. (Hebrews 10:32 NLT)
So do not throw away this confident trust in the Lord. Remember the great reward it brings you! Patient endurance is what you need now, so that you will continue to do God’s will. Then you will receive all that He has promised. (Hebrews 10:35-36 NLT) 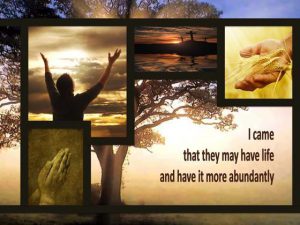 Today’s Church is full of people who are going through the motions on the outside but they’ve thrown in the towel on the inside. They forget that God has an awesome plan and reward for them in the here-and-now as well as a future in eternity. Jesus called it …life, and that more abundantly. We don’t just press on for heaven. Pressing on is also about Kingdom accomplishment in this life. So we join with Paul in pressing on, no matter what.

Number 1: Godly people will endure adversity in this life. Nobody gets a pass (although I’ve been tempted to ask for one!) But our Good Father has promised to deliver His children out of our adversities when we trust in Him. Notice Psalm 34:19:

Many are the afflictions of the righteous, but the Lord delivers him out of them all. 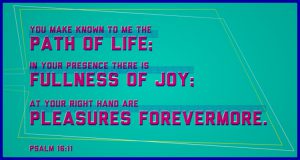 Number 2: God uses adversity as His own tool in our lives. Go back to James. Adversity (trials and temptations) produces endurance (think: patience). That is a Godly quality. But endurance also has the idea of that which lasts. And this applies as well. A faith that is tried and proven is one that endures and becomes precious. There will always be difficult things to overcome. And God will work every one of them for our good (Romans 8:28). The Apostle Paul was acquainted with suffering. He also told the believers in Rome:

And not only this, but we also exult in our tribulations, knowing that tribulation brings about perseverance; and perseverance, proven character; proven character, hope; and hope does not disappoint, because the love of God has been poured out within our hearts through the Holy Spirit who was given to us. (Romans 5:3-5)

Pressing on is essentially taking the lid off our lives so God has a clear path to pour His love into us. But we don’t see that big picture. We see the leaky pipes (or other stuff) and just wonder when the adversity will end. Our endurance is God’s way of transforming us into the image of His Son.
Number three: take joy that our adversities, trials, and temptations are temporary. I find myself quoting just a snippet of Scripture from time to time. It appears many places and I realize my use of it may not be what was intended at a particular point in the Bible. But how many times have you read:

And it came to pass…

Yes, that’s meant to make people smile. But also to remind myself (and you) that what we face today is temporary – it will pass! Peter addressed it this way in I Peter 5:10 –

And after you have suffered for a little while, the God of all grace, Who called you to His eternal glory in Christ, will Himself perfect, confirm, strengthen, and establish you. 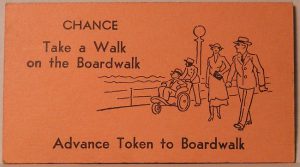 We, the mortal and temporary, see through a glass darkly. We usually just want the ticket that takes us past adversity. But we serve One who sees the whole tapestry and knows the end from the beginning. Advancing through adversity is believing that to be true and trusting Him with the process as well as the outcome. Living in that light is abundance now and reward in heaven.

So do you think a prayer was in order when I saw those leaky pipes? Yeah, I messed up and I ‘fessed up. God has cared for the details I couldn’t get to. So keep me in your prayers! Why? A closing pair of words from Scripture. Hebrews 13:3 says we are to remember each other because we all face adversity. And Proverbs 17:7 says we have brothers (and sisters!) for adversity. We don’t have to go it alone! And I am blessed to have brothers and sisters who walk with me through adversity. But isn’t the real lesson to become more attentive to the adversities faced by my brothers and sisters? Think about it!