The Church in Antioch Part II 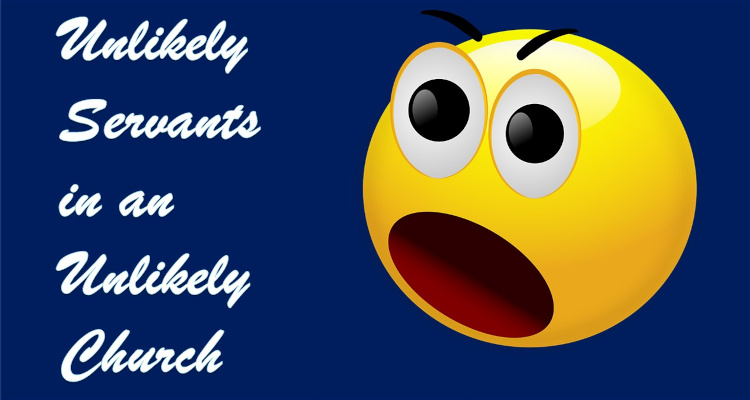 The church Antioch was blessed with unlikely leaders which fits an unlikely church. It something of an outcast church. The Church-at-large was still primarily comprised of Jewish people. And many of them didn’t think too highly of the gospel going out to the Hellenistic populations, much less to Gentiles.

And now we come to Simon who was called Niger. He was probably from North Africa. Niger means dark or black. Let me give you another high probability of who this is. It can’t be proved it without a doubt. But it’s a high probability that this is Simon of Cyrene. What did he do? He carried the cross of Jesus.

Here’s a man who was there when Jesus was going down that road and carrying the cross upon which he would lay down his life for my sins and for yours, and save many. And because Jesus did that, we get to tell the world that forgiveness is possible if you will simply: 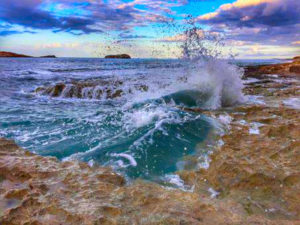 Here’s a man whose testimony would always be:

I was there!. I saw Jesus. I know He went to Calvary because I carried His cross!

God put a man like this in the Antioch church. Now remember, of the four leaders (pastors) of the Antioch churc, only one was a Jewish person who had grown up in the Promised Land. The others were what we call Hellenistic. They were Jews, but not the traditional Jewish territory.

One of the things that supports identifying Simon called Niger as Simon of Cyrene is that his sons, Rufus, and Alexander are referred to in Mark 15. And Paul wrote about them in Romans chapter 16. So we know them, and we know their names.

The next person on Antioch’s pastor team is one we know absolutely nothing about. But we can do some ‘inspired speculating.’ If Simon called Niger is who we think he is (Simon of Cyrene), then it’s not incidental that the Lord put his name right here beside Simon’s. And why would that be significant? After Simon carried the cross for Jesus and became a believer, he went back home. Like thousands of others, he had been in Jerusalem for the Passover.

What did he do when he arrived at home? Would someone who had been compelled to carry the cross of his Savior keep that a secret from his own community? That’s highly unlikely. He shared his story, and the Gospel, with other people. And it seems most likely that Lucius of Cyrene was one of Simon’s converts. 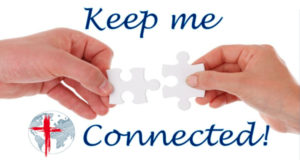 Then there’s Manaen. He was brought up with Herod Antipas. Now understand, when boys were brought up in the royal court, they’re referred to the way he’s referred to here. Manaen was brought up with Herod. I want you to see the diverse the path each of them took. Herod became a murderer Manaen and became a minister. You had one who was content to steal another man’s wife and live with her. And you have another one who separated himself from the world and followed hard after the Lord.

And God used him! God put him here in this church, so that he could minister to the people who were coming to faith. And then there’s Saul of Tarsus. We talked about him at length. He had an amazing conversion experience. And we know what he had been, things he’d done, and how he persecuted those he sought to have killed.

That guy is one God put in the Antioch church as a leader. Now, you know, if you and I were going to put together a list of likely folks to lead a church, I’m not sure we would have put this team together.

Whether or not we’re correct in the assumptions we can reasonably make, it’s just like our Father to take people who are the most unlikely of suspects and use them. He called them the way He calls to all:

And what did He say after that? It’s those words we know so well:

…all you who are weary and heavy laden, and I will give you rest.

His rest is peace. And I don’t mean lying on the hammock or sleeping on the beach. There is rest in serving the Lord, as he has called us to serve Him. I don’t have to worry and I don’t have to put it together. God has put me where I need to be doing what I need to do with the power that only comes from Him.

That’s what God does. I don’t have to worry about it. I just have to be faithful. There’s rest in that. Does that mean I’m idle? Certainly not. But I’m not concerned if I’m trusting Him as I should be.

So God put these leaders together in Antioch. That’s unlikely in a certain sense. But this church was also unlikely. If you look back at several verses in Acts chapter 11, you’ll see how this outcast, unlikely church came to be.

If you look at Acts chapter eight, it begins right after the stoning of Stephen. Now this is from Acts 8:1 –

…Saul approved of their killing him, meaning Stephen, and on that day, a great persecution broke out against the church in Jerusalem, and all gets this all except the apostles were scattered throughout Judea, and Samaria.

Now, what was the last Jesus instructed His disciples to do? It’s recorded in the first chapter of Acts? What did he tell them to do?

You will be My witnesses were Jerusalem, Judea, Samaria, and the uttermost parts of the earth.

What did they do? They huddled together in Jerusalem, right? When did they get around to being obedient? Right here at the stoning of Stephen. But it took persecution to drive them to obedience. We could call that unexpected help!

And I’m actually encouraged by that because I don’t always do it right the first time. Do you? I wish we all got things right the first time. But sometimes it takes us a while, does it not? Now, we need to repent of that. But we also need to know that we serve the God of the second, third, fourth and fifth chances. Does that make anybody happy but me? So that’s how the church was dispersed. And one of the places they went was Antioch.

Now let’s look at next at Acts 11:19. There, we see that this church was a preaching church. Verse 19 says:

Now those who had been scatterd by the persecution that broke out when Stephen was killed traveled as far as Phoenicia, Cyprus, and Antioch, preaching the word only among the Jews.

So they were scattered and they were preaching. But they still weren’t preaching everywhere to everybody – which was Jesus’ command in Acts 1:8. They would get to that point, but it would take a while longer.

They went as far as these places named in Acts 11:19, and they preached the Word. So the church was a preaching church, which is what we are called to do. The Lord calls it the foolishness of preaching and I’ll never forget that! Why? Because pver the years I have been acquainted, far too often with people who stand in my spot, and they are way too impressed with themselves. This work is never about the speaker or the preacher. It’s always about the Word!

Why? Because it is the the Word that:

I’m just sharing my innermost thoughts with you. But you know, the Bible in referring to me and others when it says: Don’t muzzle the ox that treads out the grain.

To be honest, that’s not a real flattering picture of those who preach! Maybe the oxen should be offended at the comparison! But, I’m just the Ox. I’m putting the grain out there where people can eat it. It’s God’s reminder that we need to be humble.

Here’s the other thing. If the ox comparison wasn’t enough, there’s a little incident  way over in the Old Testament with a with a not so hot Prophet. He really was kind of impressed with himself. His name was Balaam. Who did God use to speak to Balaam? Balaam’s own donkey. Donkey or ox, it makes no difference. It’s about the Word. It’s not about the messenger. Okay?

Link to The Church in Antioch Part III